She’s called the lady with the red wall – a phrase as apt for the owner as the home itself. The statement wall surrounds the staircase and sets the tone for accessories throughout Carol’s and Randy’s 1,350-square foot rebuilt cottage near Port Albert.

“White is so popular, and I like it for a cottage,” says Carol. “But I also like colour – all white is too boring. So, we brought some interest with two red walls around the staircase and all red accents.”

A gas fireplace adds to the warm, welcoming feeling of the wall. It anchors the floor plan and is the heart of the couple’s retreat. “It’s small – it suits four to six people,” says
Carol. “There’s lots of room outside for family picnics.”

The pair discovered the property through curling friends who own the next-door cottage. They scouted for a builder online and found Oke Woodsmith. “I liked the look of the projects they’d done,” says Carol.

“Steve Poortinga (Oke Woodsmith’s designer) took us out to see three properties, and we were pretty impressed,” says Randy. “We didn’t look at anyone else. Steve – that guy’s a gold mine. He’s efficient, good at his job and has a lot of style.”

They had to change their plan to raze the existing cottage, built in the 1940s, and build new due to conservation regulations that restricted size and location. “The only thing we kept was the concrete foundation and basically the floor and centre wall,” says Randy.
“Everything else was new.” A new build would have to be moved further in from the lake bluff.

“We were limited by the footprint. We wanted the cottage to stay where it was. There was not a crack in the foundation. It was one-foot-thick concrete, hand-poured,”  he adds.

Oke’s ability to make good use of the small footprint is one of many qualities the couple appreciates. The first floor is only 850 square feet, yet boasts a kitchen, living room, principal bedroom, bathroom, entry, utility room and closets. Upstairs, two bedrooms each have their own closet and view. They connect by an open walkway that overlooks the living room and out to the lake through a wall of windows.

The style was also influenced by the choice to renovate. “We like modern but ended up a little more Arts and Crafts because of the reno,” says Carol. “We really wanted the wall facing the lake to have as much glass as possible.” Three sets of French doors open to a wrap-around deck.

The exterior is clad in sage green siding with white trim. “I wanted a colour that blended with the trees,” says Carol. They planted 30 trees to create a sense of being in the woods.

“We enjoyed seeing it from beginning to end,” says Randy. “Oke’s workmanship is spot on. They take their time. They finish things right the first time. I was working in
Toronto all the time, before retiring. I needed a builder who knew what they were doing, and they know what they’re doing. “

The lady with the red wall agrees. “They’re good to work with. We recommend them.”

The Ontario Home Builders’ Association also appreciate the quality and style of the home as it won their award for Best Home Renovation (in the under $500,000 category) in 2018. 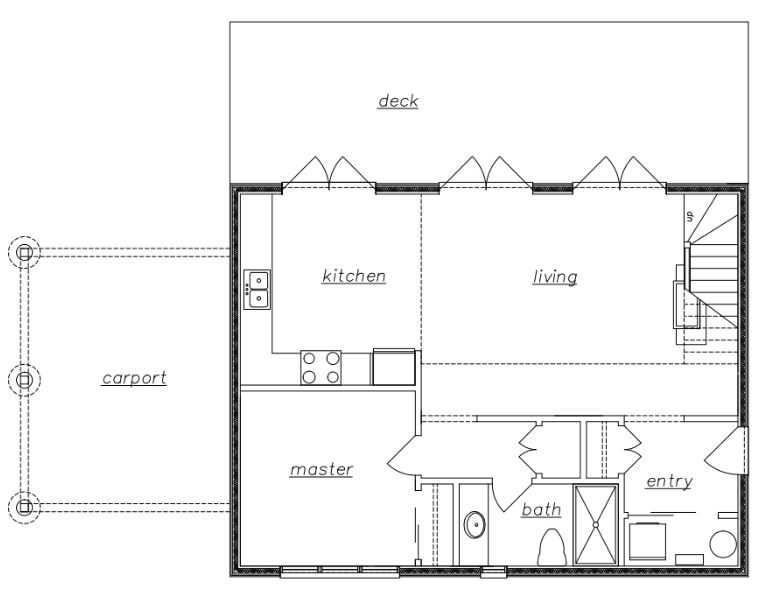 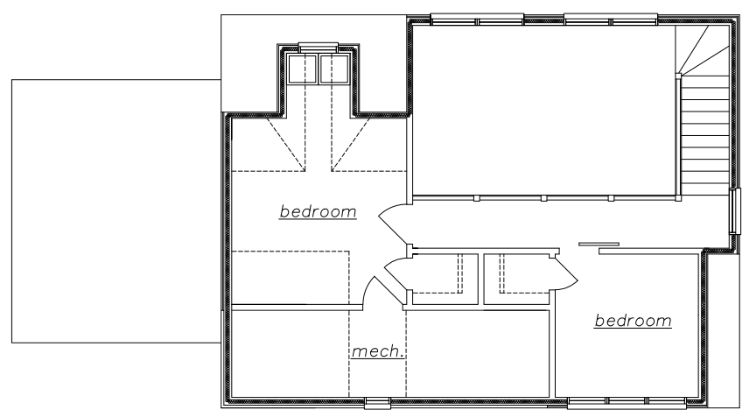