You are here: Home > Back To The Lake

So happy they did it again

In the early 2000s, Oke Woodsmith built a home in Grand Bend’s Southcott Pines for Barry and Ruth. They loved it, so when it was time to downsize, they looked to their trusted friends at Oke Woodsmith to do it again on a nearby lot.

They wanted a home that would take advantage of the beautiful vistas afforded on the lakeside lot. It also had to work for them as a one-floor age-friendly home, but also as a place for their two adult children and their four grandchildren to be comfortable when they visit.

Moving to the lake full time was necessitated by Ruth’s decision that she no longer wanted to take care of two large places. The couple was travelling from their home in Stratford to the cottage in Grand Bend, so it became their main residence. Originally built as a larger home to accommodate a granny suite, the first cottage had now outgrown their needs and they wanted something that would better suit them.

Having built five houses together over their 48-year marriage, the couple has ample experience in new home construction. They call Oke Woodsmith their “builders of choice.” According to Barry, they initially chose to work with Oke because “we greatly admired their work. We saw the homes they built and were so impressed.”

Incorporating the layout and features they wanted in a home that fit on the footprint vacated by the torn-down cottage formerly on the lot was a challenge that designer Steve Poortinga eagerly met. They also appreciated being part of the process. “I want to see and be involved in every phase of building. I’m a very hands-on person,” says Ruth. While some builders resist homeowner involvement, Oke Woodsmith welcomes it.

Ruth “loves the building process” and is able to visualize the finished project. She enjoyed working with Steve to adjust the plans to make it all work. “It was amazing to sit back and listen to Steve, Randy and Ruth discussing the possibilities. I don’t understand it, but I admire it greatly,” says Barry. “They were willing to get creative to make it work. Steve is a wonder.”

The result is 4,000-square-foot home with three bedrooms and two and half baths on two floors. Special features include one wood-burning fireplace and one that is gas. The two-car garage is Barry’s star of the show, with its car lift that can lower an automobile to the basement for storage. “It’s also handy in the spring and fall for storing the lawn furniture,” chuckles Ruth.

The modern farmhouse-meets-beach-house look that Ruth loves boasts natural materials. One of her favourite features is the countertops. “The quartz looks like water running over sand. It’s where I took my inspiration for the colours (used in the home’s décor),” she says.

The porcelain tile flooring “holds up to both dogs and grandkids,” adds Barry.

Their goal of having an age-friendly house keeps all aspects of daily living on the ground floor but the ‘beachiness’ of the house is also apparent with an outdoor shower off of the porch to wash off sand.

Though fitting the home onto the former footprint while situating it on the lot to take full advantage of lake views was a challenge, it was one that Oke ably met. Barry and Ruth can enjoy seeing the lake and sunsets from the bedroom, sunroom and great room. “It took a lot of problem solving to fit it on the lot with those criteria,” says Barry, “but Oke did an amazing job.” 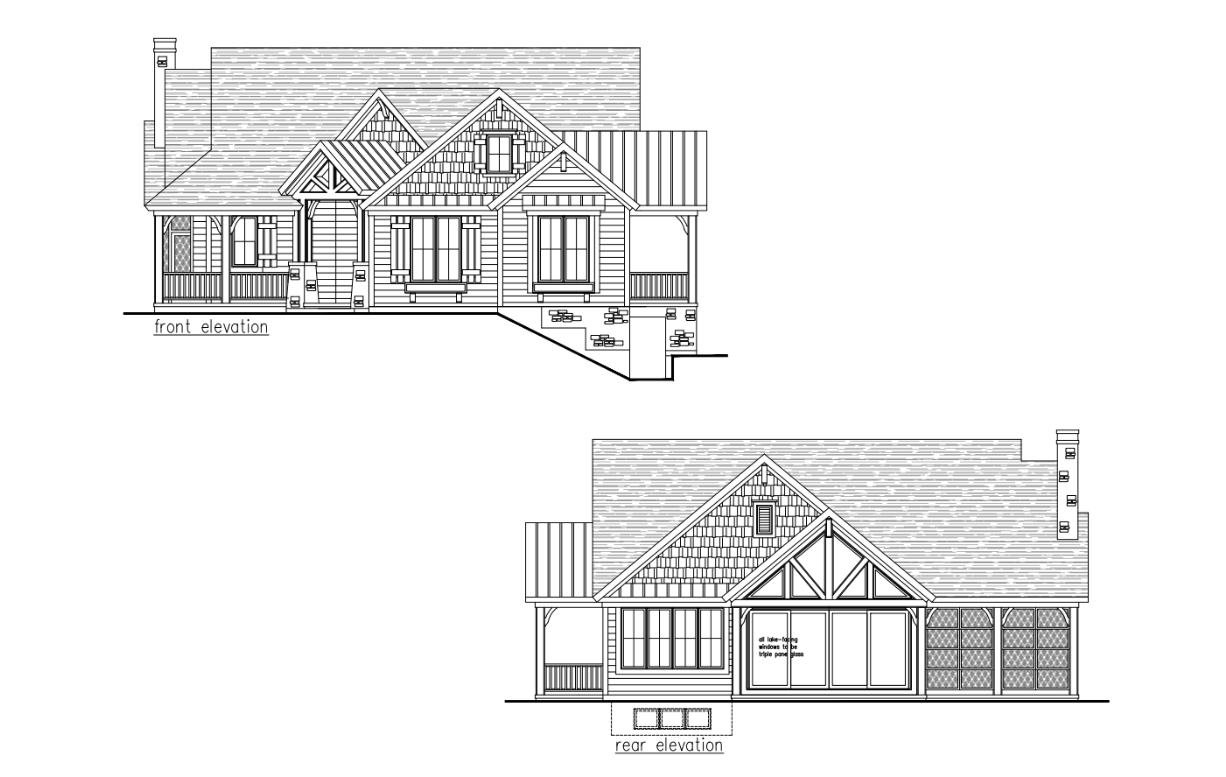 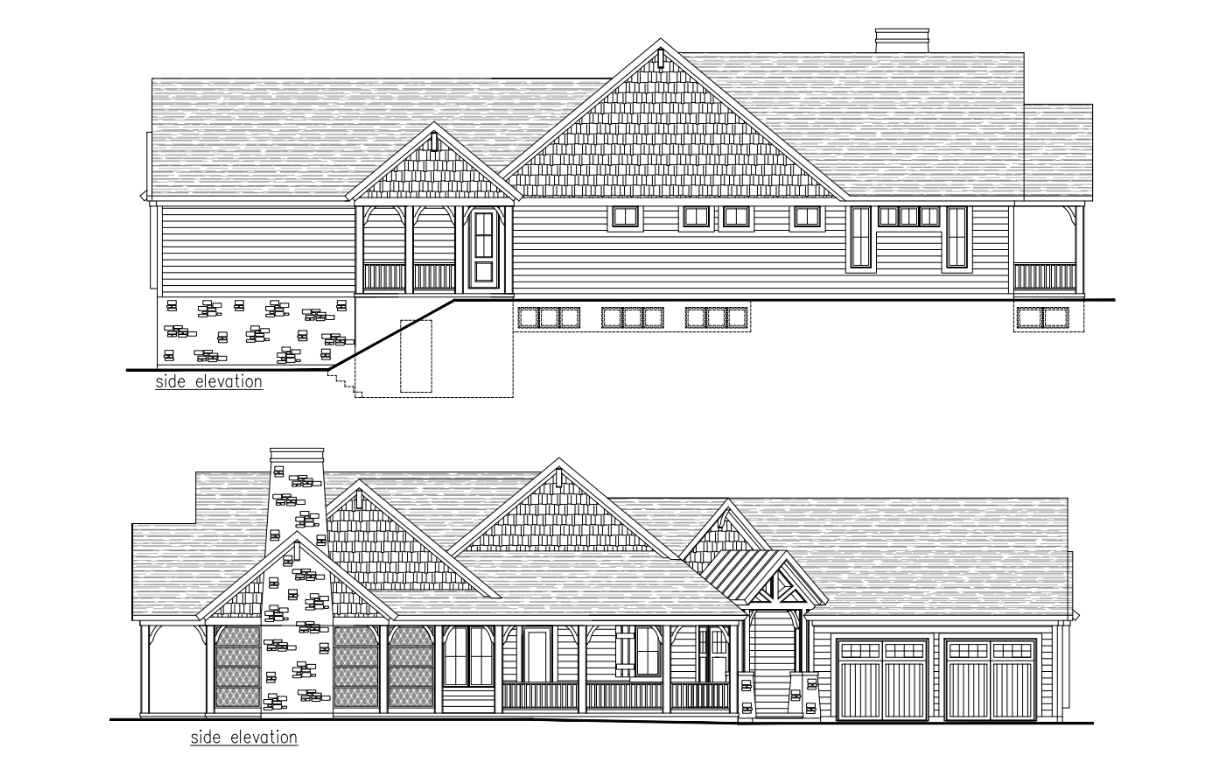 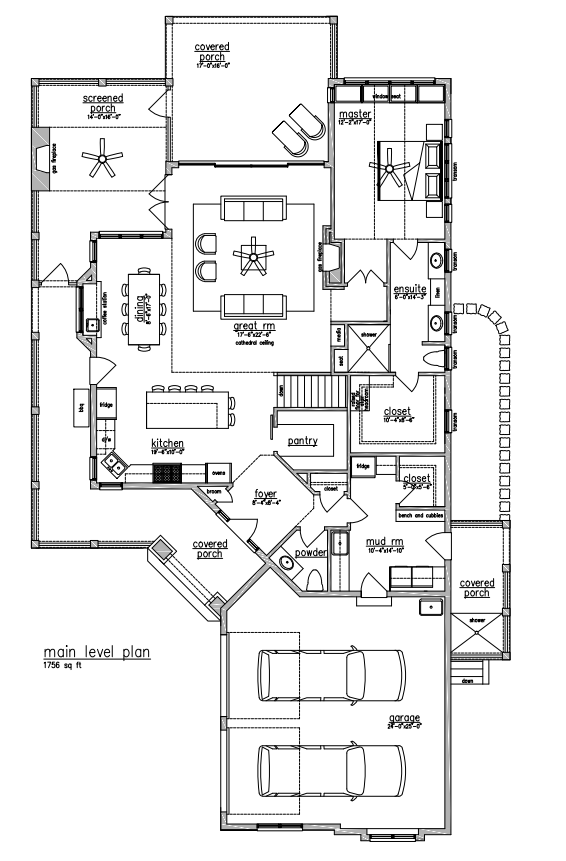 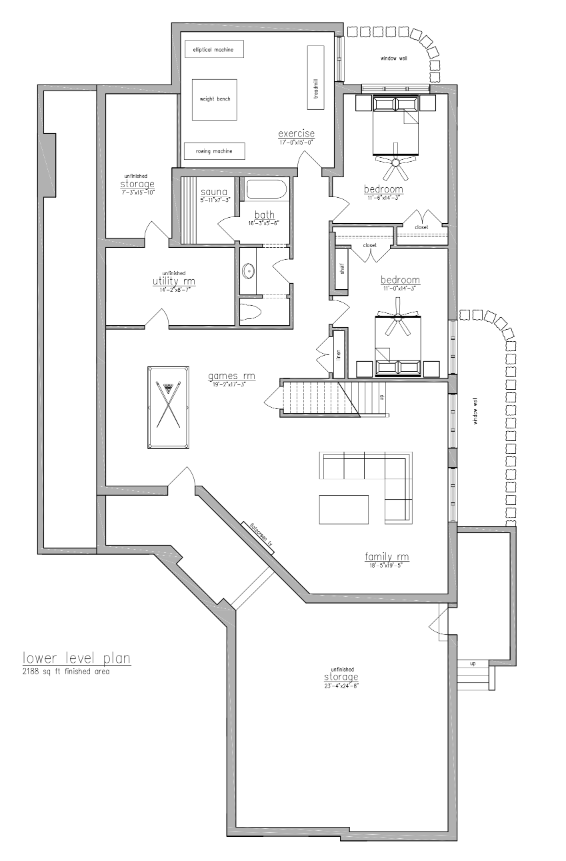