You are here: Home > Lake at Orchard

Oke Woodsmith builds a distinctive home for a discerning couple

“We bought a house in 2015 built by Oke Woodsmith in Southcott Pines in 1996,” says Fred. “We noticed the quality of construction. We weren’t looking for run-of-the-mill.” Fred has more than 40 years of experience in farm construction. “As a builder, I had a good idea of what I wanted.”

Shelley also knew what she wanted. “When we bought that house it had so many windows. It was light and airy. I fell in love with that place – that’s why we chose Oke to build this one.”

The couple met with Randy Oke and designer Steve Poortinga to prioritize what they wanted. The list included a main floor with everything Shelley and Fred would need daily: open concept with large dining area and kitchen island, a lower level with bedrooms, baths, games room and gathering space with a walk-out to a pool.

“I wanted as big an island as possible for the space,” says Shelley. Fred adds, “When we entertain friends, we always seem to spend a lot of time around the kitchen island.”

Oke gave them what they wanted: a 5×10-foot granite-topped island with seating for eight. The table beyond it has room for 14. A coffee bar is tucked into a nook nearby. The transitional cabinetry by Woodecor provides plenty of storage and style, including panel-fronted appliances. The pantry includes a second refrigerator, second dishwasher, wine fridge and sink – handy when their five children, their partners and children visit.

A floor-to-ceiling stone fireplace dominates the living room. With a cathedral ceiling and walls of windows, it is spacious and bright.

In the principal bedroom, a cathedral ceiling is accented by up-lighting. “Lots of windows are a kind of signature for Oke,” says Shelley. Double vanities, shower and stand-alone tub are flanked by built-in display shelves, creating an at-home spa in the ensuite.

As well as determining the flow of the space, Fred wanted the flow of light to follow daily activities. “Most people don’t consider the orientation of the house on the property. For us that was pretty important. As a builder, I also understand that side. The morning sun starts on the front porch, and the sun is always on the living side. In the afternoon, it is on the swimming pool and at sunset on the rear porch. The garage doors face south, so they never ice up.” The house faces east, and the bedrooms are located on the north side, creating a perfect sleep atmosphere – quiet, dark.

A covered porch allows the family to be outside whatever the weather. A waterslide curves down from the upper patio to the pool. “My grandkids think I’m the best grandpa in the world,” says Fred.

Five bedrooms and two baths on the lower level provide space for family stays. In response to many comments about the bedroom hallway looking like a hotel, they labeled the doors with each child’s birth year. A bar in the games/family room is fully equipped with a drawer dishwasher, full-size refrigerator and small oven. Shelley says their daughter enjoys making hors d’oeuvres and the oven allows her to cook and remain close to everyone else.

A loft above the garage is an ideal bedroom for the grandchildren. Two skylights in the bath provide ample light.

During the planning stage, the couple told Poortinga what pieces of furniture they wanted to keep. “So, we made sure it all fit before we moved in and not after,” says Fred. “Everything went according to plan.”

The stone and siding exterior is based on the Myrtle Beach inspiration. “The colour scheme was nautical, beachy and fits the area,” says Fred. “I saw and said: ‘That’s it!’” Soft grey stone sets off the seaside blue shingle siding and crisp white trim. The dramatic front entry welcomes with stone stairs and barrel-roofed portico. The barrel roof is repeated inside, showing Oke’s signature attention to detail.

The interior palette also echoes the exterior in textures of stone and wood, with shades of blue, greys, white and earth tones. “It’s a transitional style with more muted and natural colours,” says Shelley. “It’s soothing. It’s an open concept so you don’t want the eye jumping all over.”

Floors throughout are wood-look vinyl planks that offer durability. “Sand manages to get in no matter how much you sweep and vacuum,” says Shelley, referring to the proximity of the beach. They also have two outdoor showers to rinse off from the pool or lake and a shower on the lower level that opens to the patio.

“What I love about the home is it’s so comfortable for the two of us,” says Fred. “It’s inviting.”  His favourite room is the den where he goes to read in the light-filled space.

With seven bedrooms, four full baths and two partial baths spread over 6,000 square feet, the house is large, but not pretentious, Fred says. “Everything we need is on the main floor.” And when the family arrives, there is room for everyone to enjoy their own space or gather together. It’s exactly what 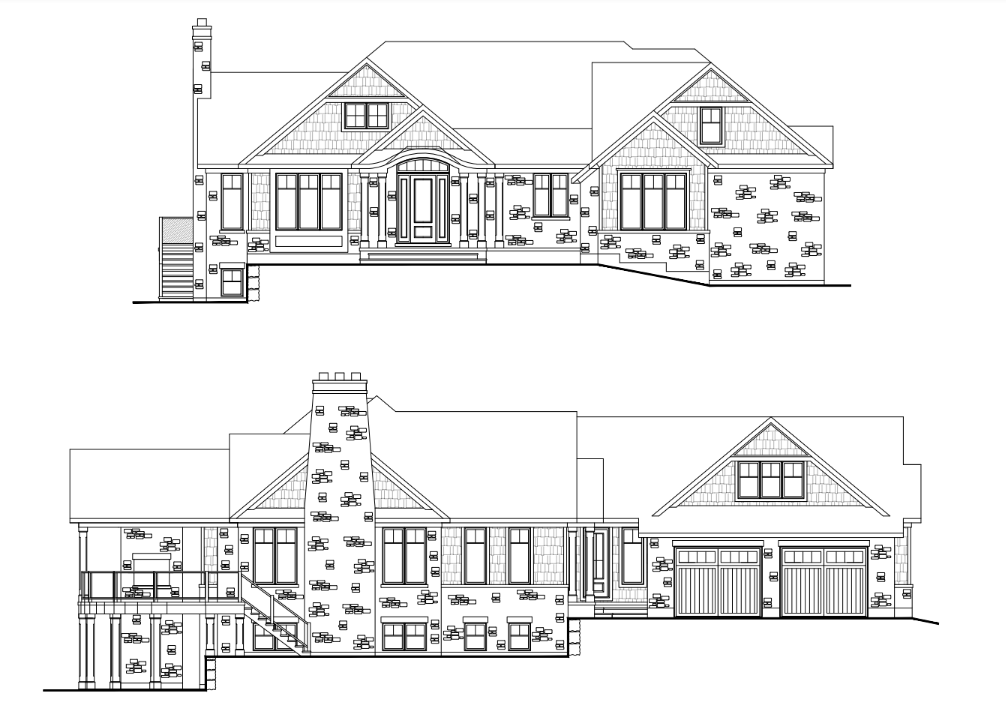 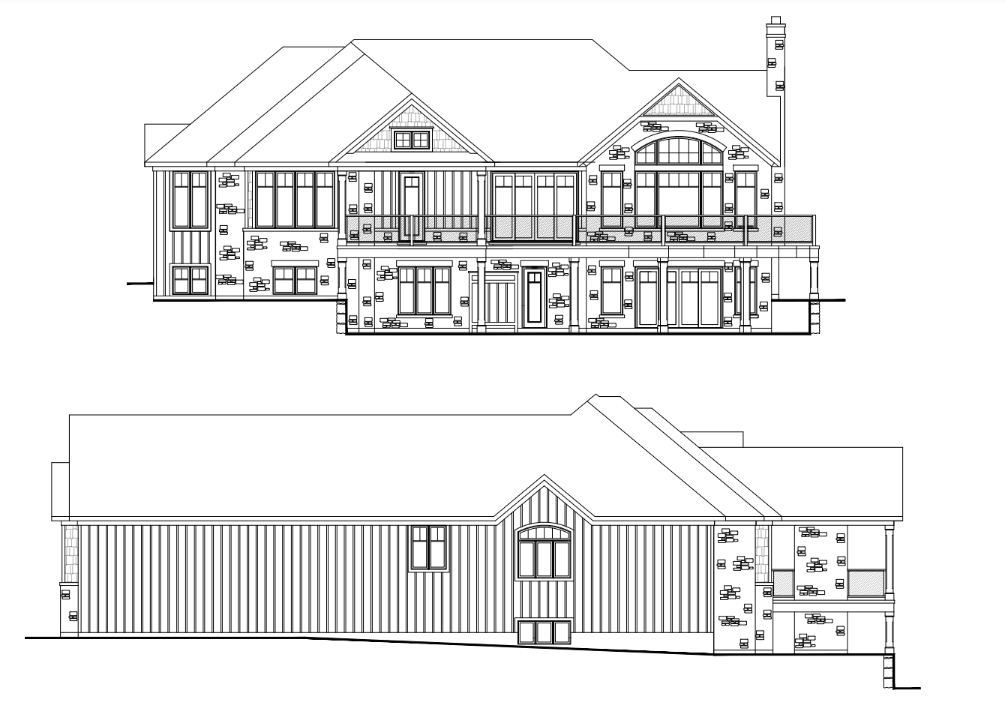 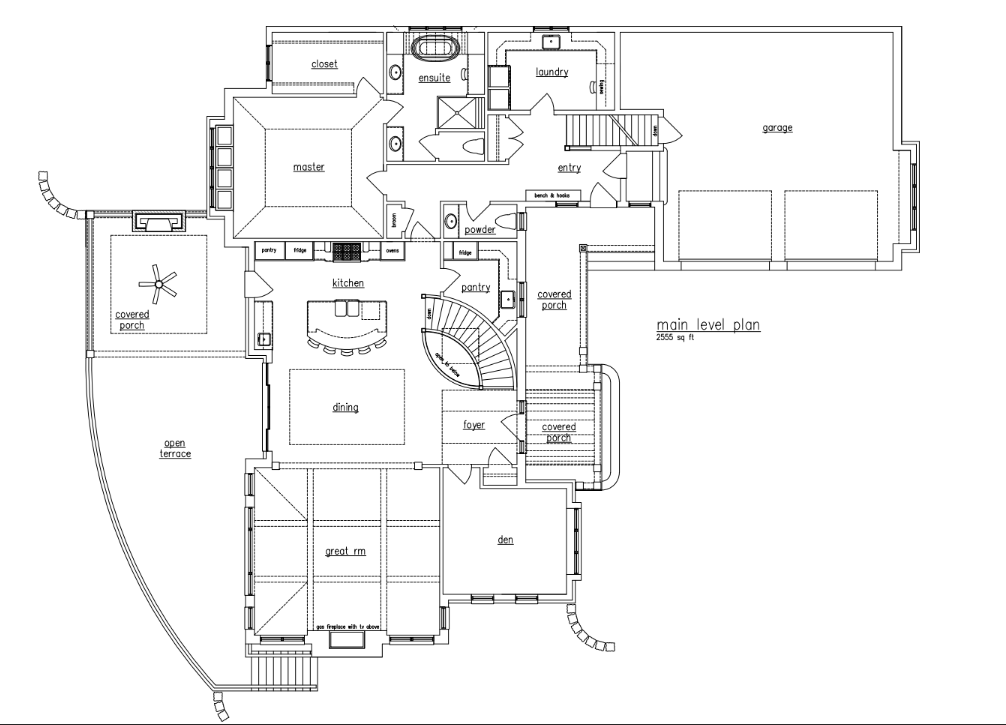 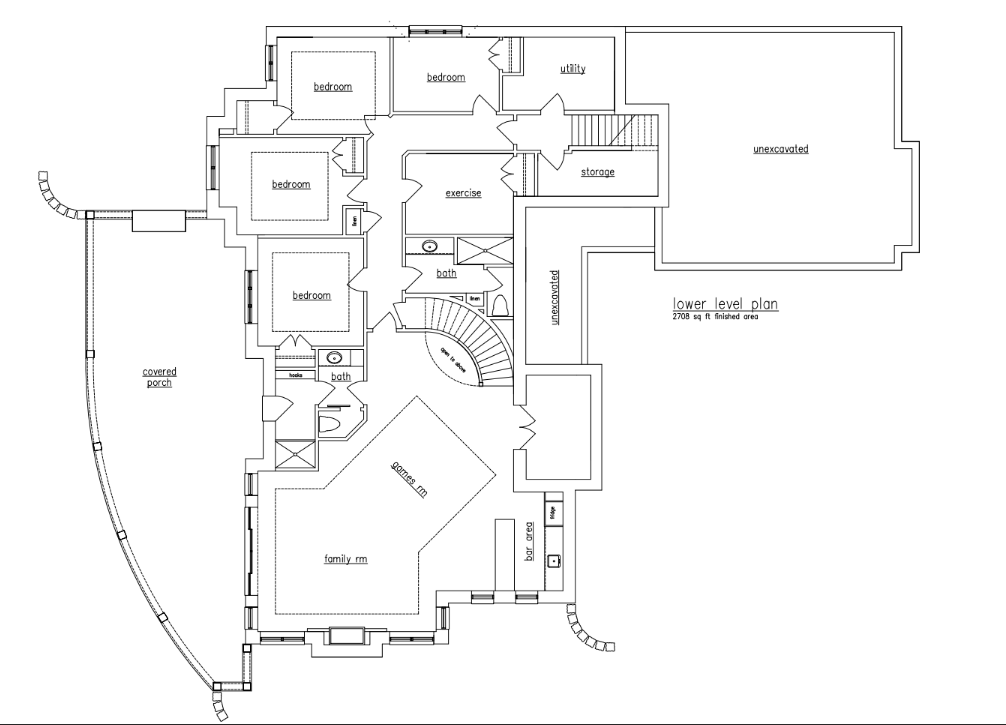