When Lorie and Rick decided to demolish their old home just outside of Stratford to accommodate their new, custom home back in 2013, they wanted a place that their rapidly growing family could call home – and not feel cramped.

Their old home, a split-level home with low-ceilings, had been tired out by numerous renovations – none of which satisfied Lorie and Rick.

After purchasing and moving into a home in town while their eldest son occupied the old house, Lorie and Rick had to come to a decision on their future – would they rebuild in town or on their ten-acre property?

After the decision was made to stay on the big property outside of town, Rick contacted Oke Woodsmith.

“We went to look at a few homes they had done,” said Lorie. “We were impressed with the designs, finishes and workmanship. We liked how Oke Woodsmith finished their homes.”

“When you go to their houses there’s a different level of craftsmanship,” said Rick.

For their custom home, Lorie and Rick had a good grip on their wish list. An ideal medley of traditional yet modern styles would tune in nicely with the open concept layout and high ceilings.

Furthermore, Lorie and Rick hoped for a basement that didn’t really seem like a basement – a space with ten-foot ceilings that would flow out to the backyard easily with eight-foot patio doors.

“We wanted the basement to be a second entertaining area,” said Rick.

Lorie and Rick were impressed with designer Steve Poortinga, who had already drawn up a floor plan and seemed to have thought of everything.

Oke Woodsmith put 100 per cent in to everything they did for Lorie and Rick, even down to interior design.

“We looked at having an interior designer come,” said Lorie. “The Oke Woodsmith people were better to source; it didn’t seem as important to [the other designers] as it did to the different members of the Oke Woodsmith team.”

The rebuild really did take a village – with Randy, Wayne and Kevin Oke on site constantly, and and plenty of other skilled workers assisting with framing, trim, roofing and many other tasks – and the demolition itself, managed by Wayne, was a tearful day.

“It was hard to watch it come down,” said Lorie, of their long-time family home.

The demolition was a challenge – taking the old house down without touching the pool (an original feature of the property) had proven to be a difficult task, but turned out just fine.

Their finished home included all of the things on their wish list, with the addition of four bedrooms, six bathrooms – every bedroom is accompanied by an en-suite and a walk-in closet. Each bedroom has a balcony or patio access. The finished home also has two outdoor fireplaces.

The home, which was completed and move-in ready by July of 2014, is built to accommodate their big family and hold large gatherings.

The kitchen is the heart of the home with a massive island with hand-chiselled edges incorporated into the titanium-leathered granite and a six-burner gas stove along the counter.

It was certainly enough for a 44-person family Christmas, and is built to accommodate sports parties, family gatherings and even future weddings.

The pool is massive enough for team swims without overcrowding. The big property allows them to spread out amongst the patio and lounging areas.

The southern-facing windows bring light into the house at every time of the year, and the sunset is beautiful from the west side of the property.

The master bedroom is bright with a bay window and an incredible vista, and the master en-suite features a walk-in shower, a soaker tub and a double-sink vanity.

Two sets of laundry machines are placed throughout the house so the boys can do their own laundry. Their laundry room is conveniently placed right off of the garage for their hockey equipment.

The garage – separate from the house itself – was revamped to shelter their cars, ATVs, dirt bikes, lawn mowers and their boat as well. The exterior was in dire need of an update and was renovated to flow with the house.

“This detached building looks great as the exterior style, rooflines and finishes ties in perfectly with the new house,” said Rick. “Actually, most people think we demolished our original detached garage and put up a new building at the same time the house was built. “

Lorie and Rick said working with the Oke Woodsmith team made the process easier because they were able to provide good information and suggestions in the decision-making processes and helped them better visualize their plans.

“I could say something about the design to Steve Poortinga and he got it on paper the first time and did the tweaks we asked for,” Lorie said. “What we envisioned – he saw it too.”

Lorie and Rick wanted a place that would seem like a vacation home more than anything, and that’s what they got.

“With working, we can’t usually get away so this is great,” said Lorie, calling it “a place for family and to come home to.” 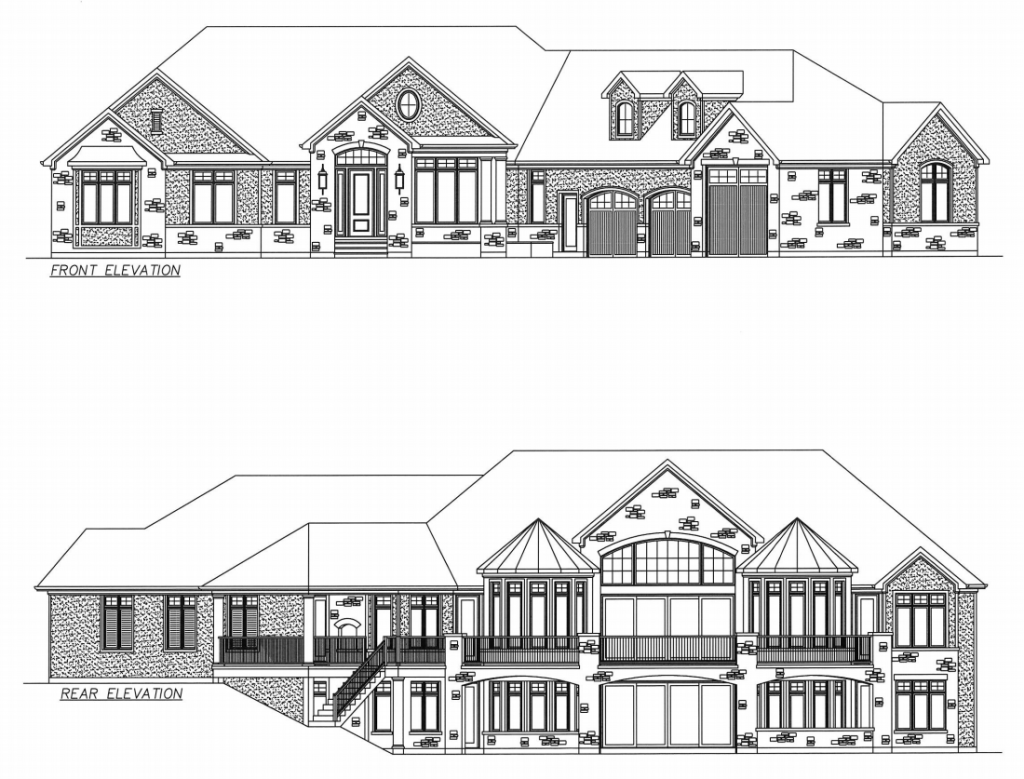 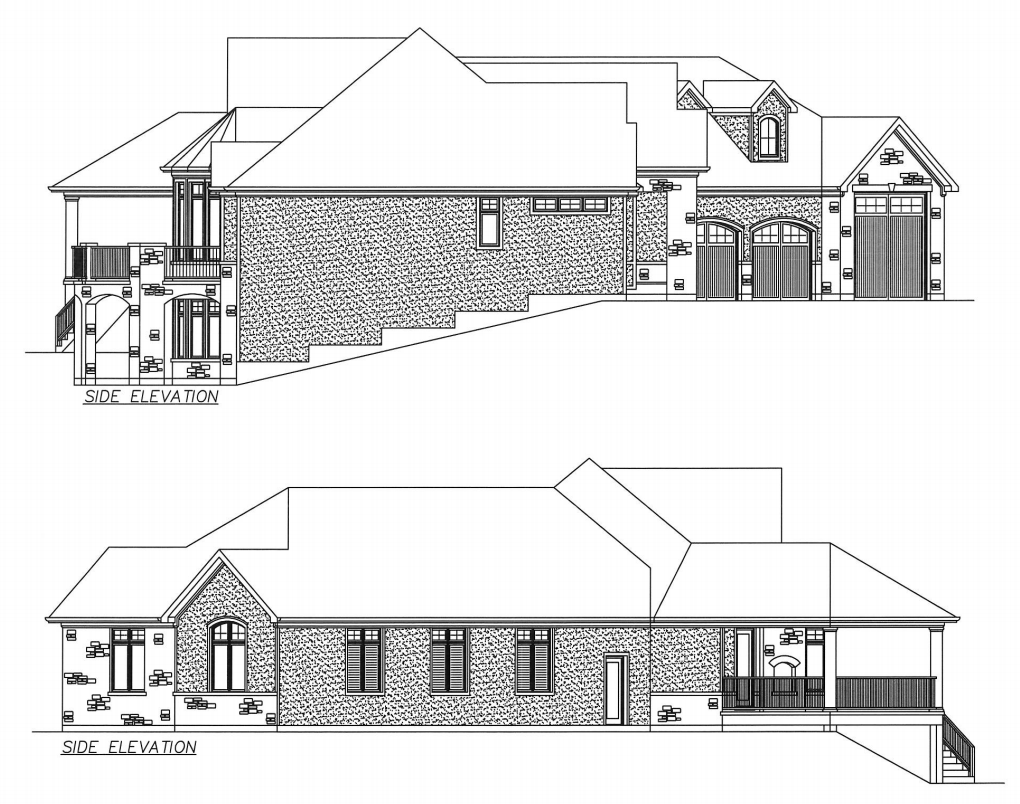 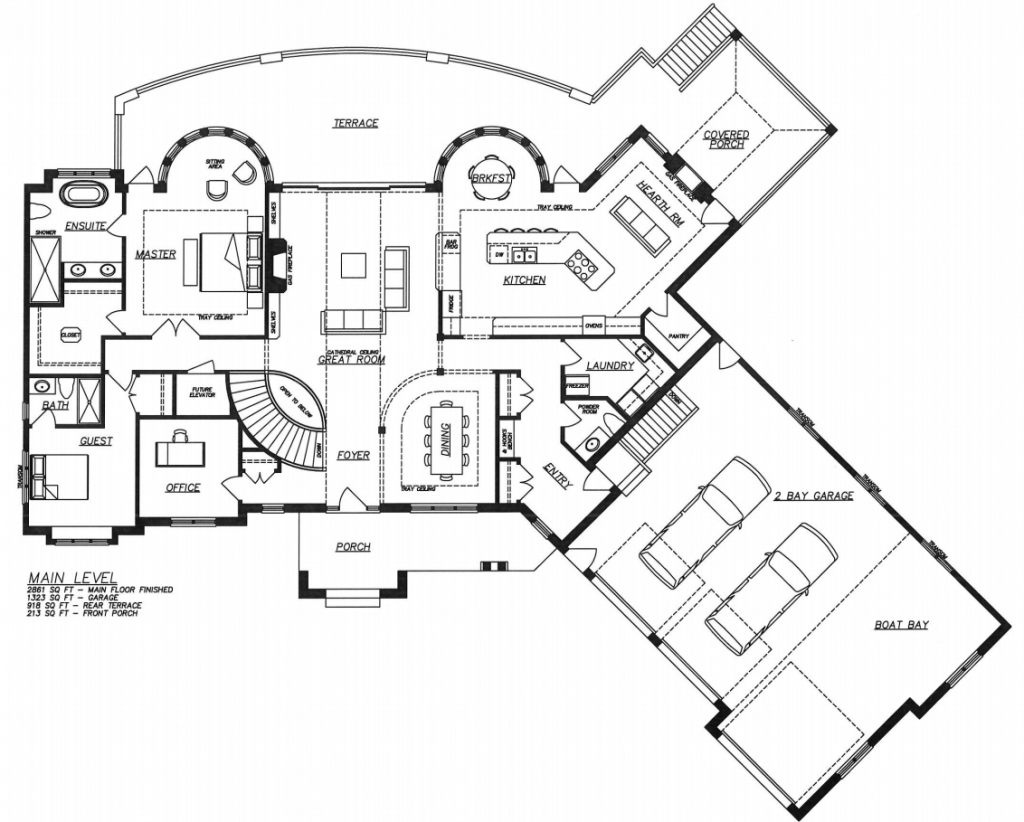 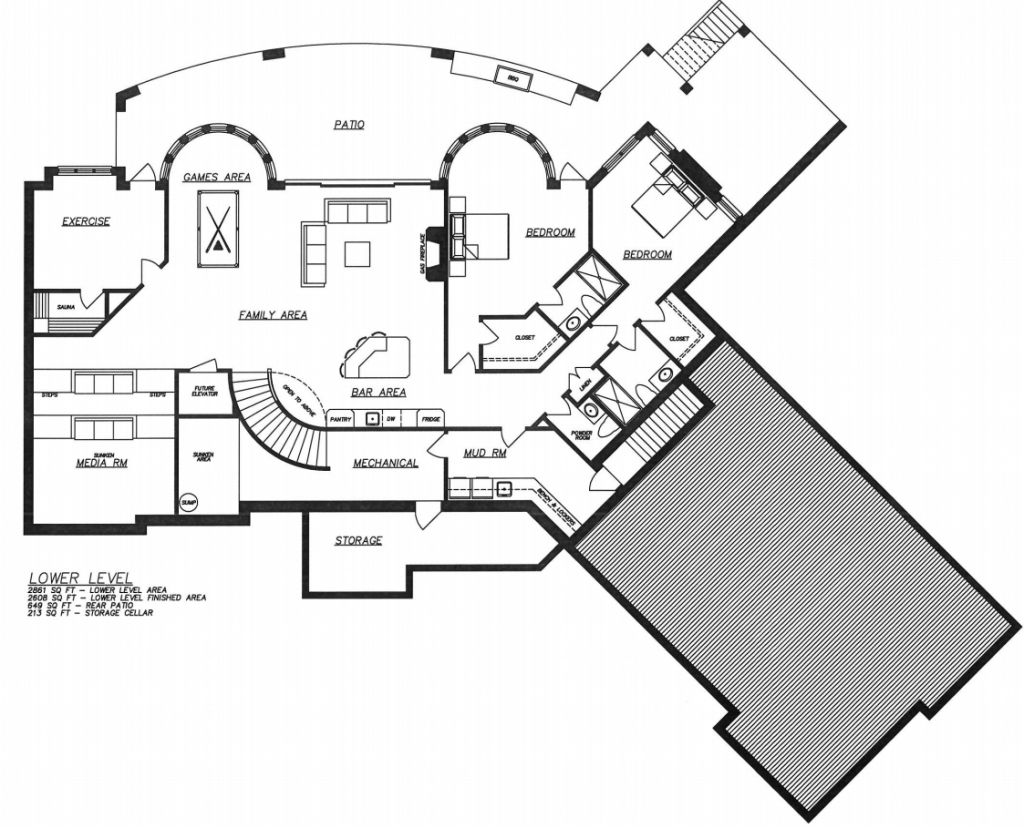 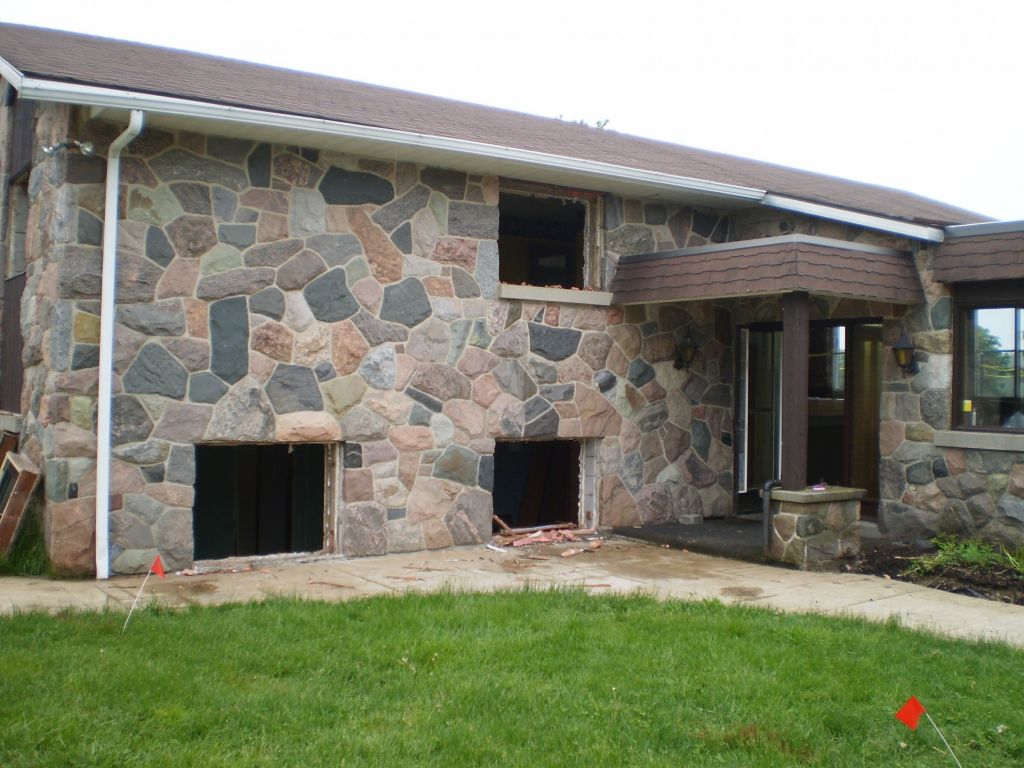 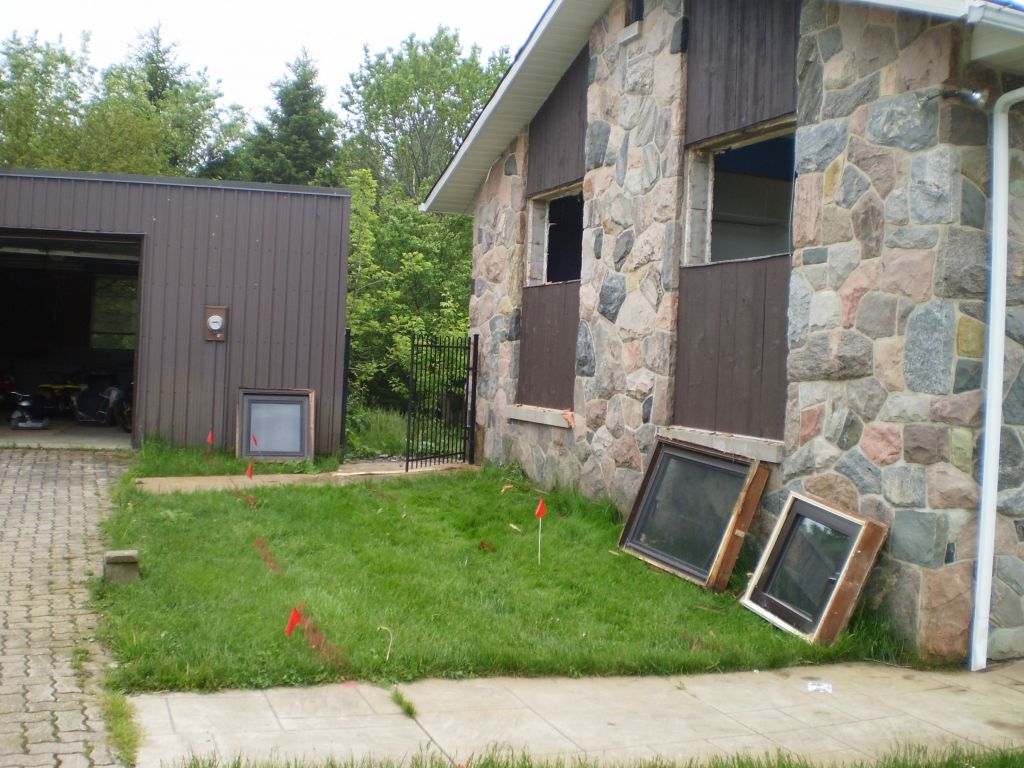 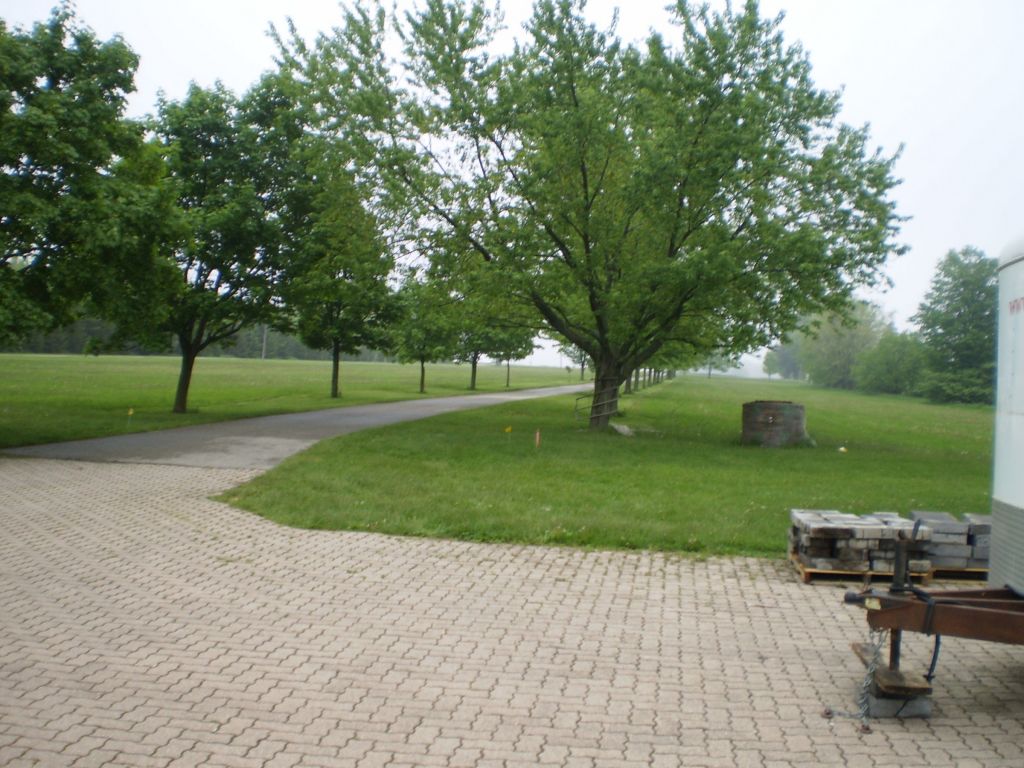 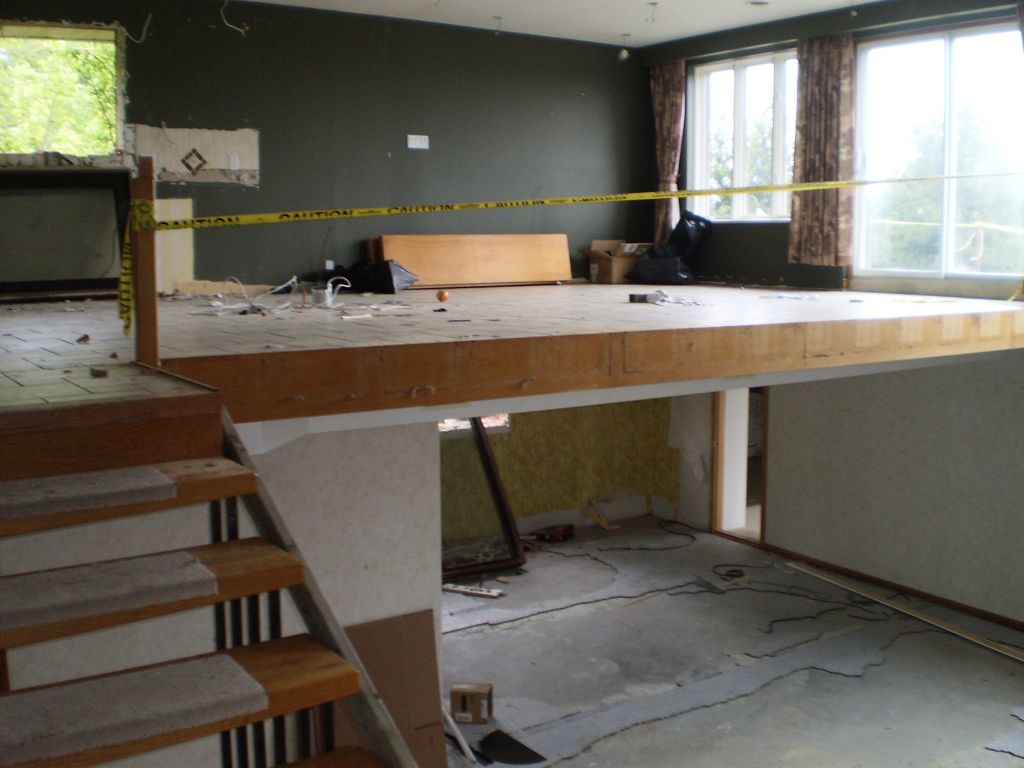 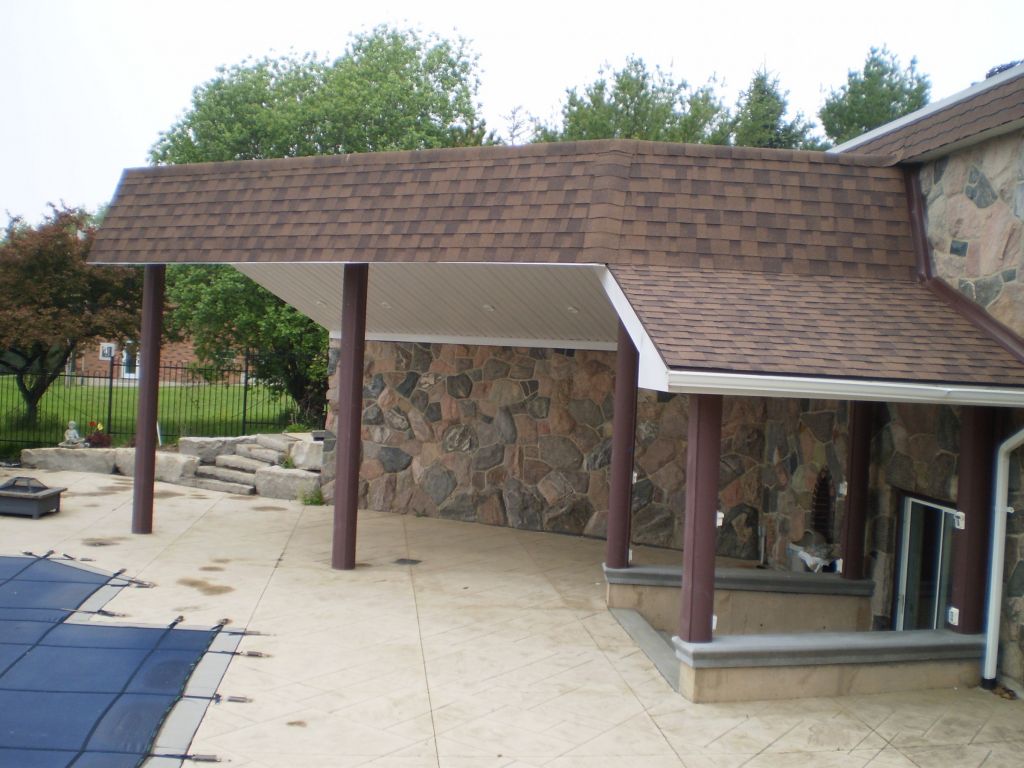 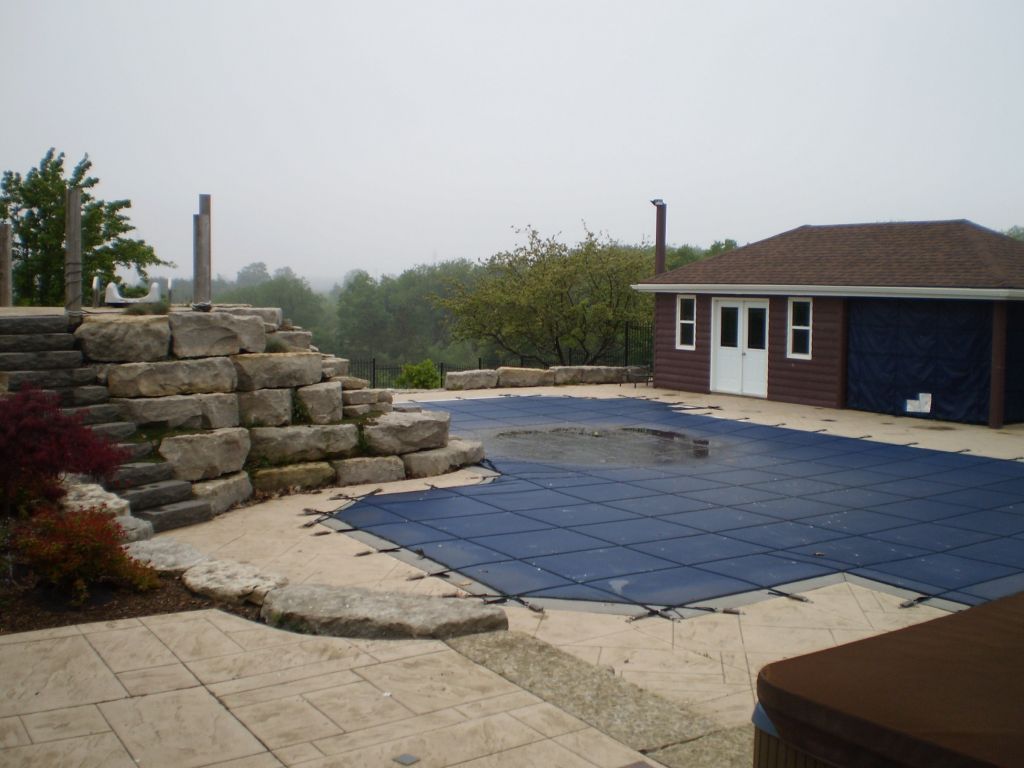 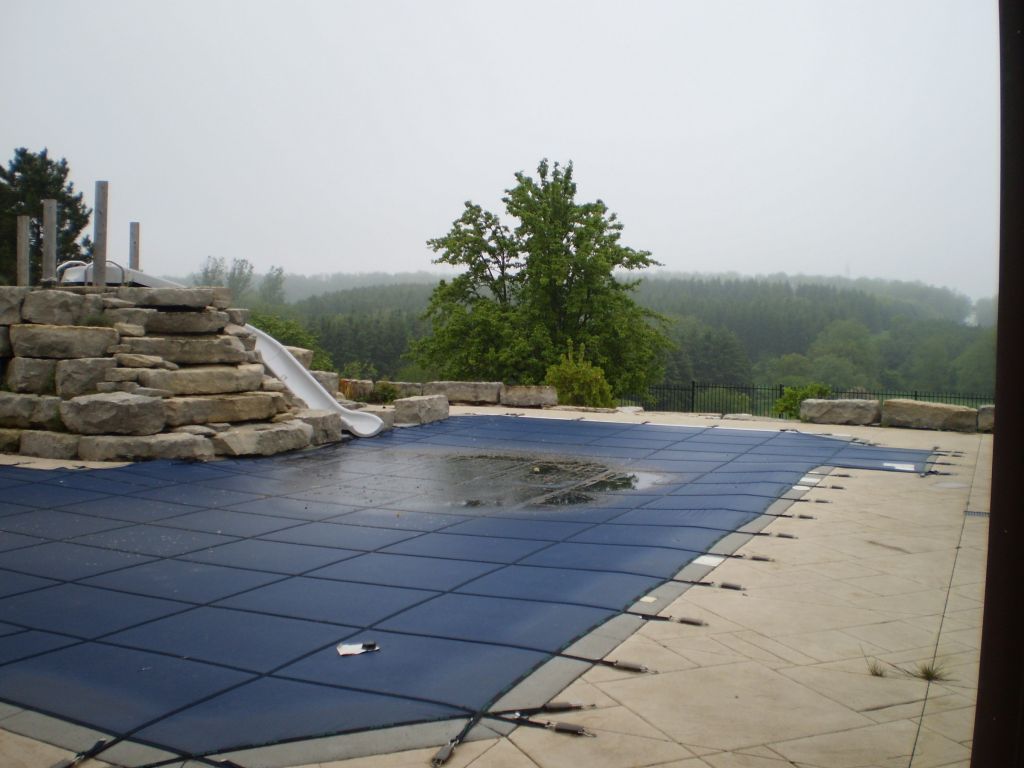 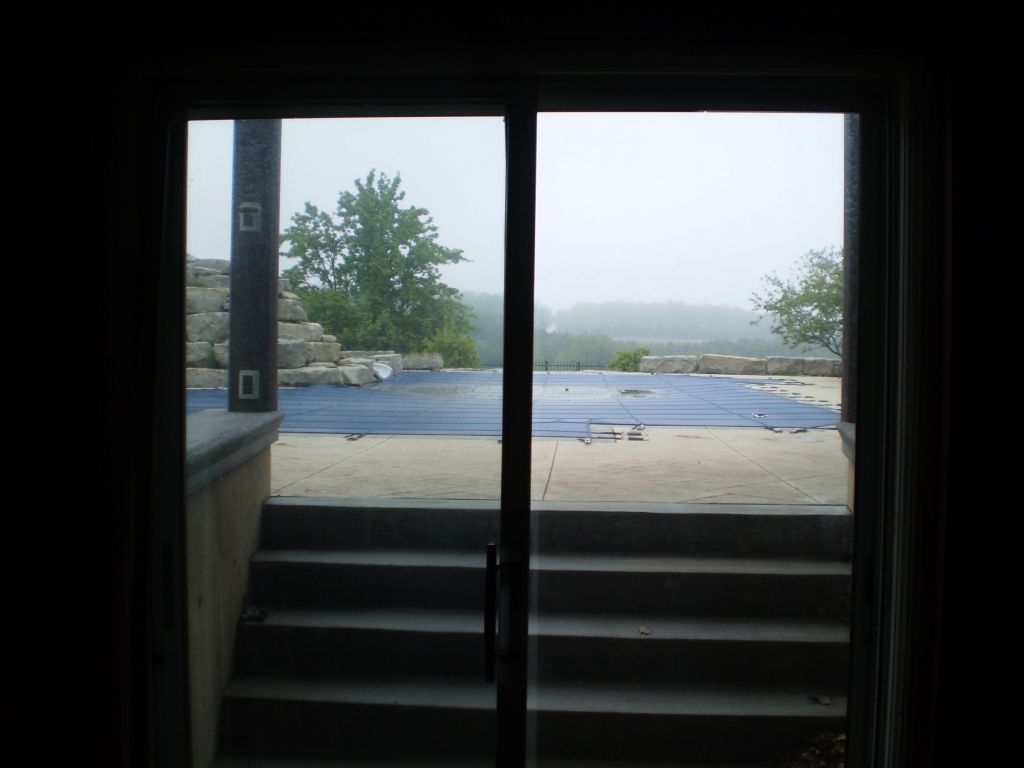 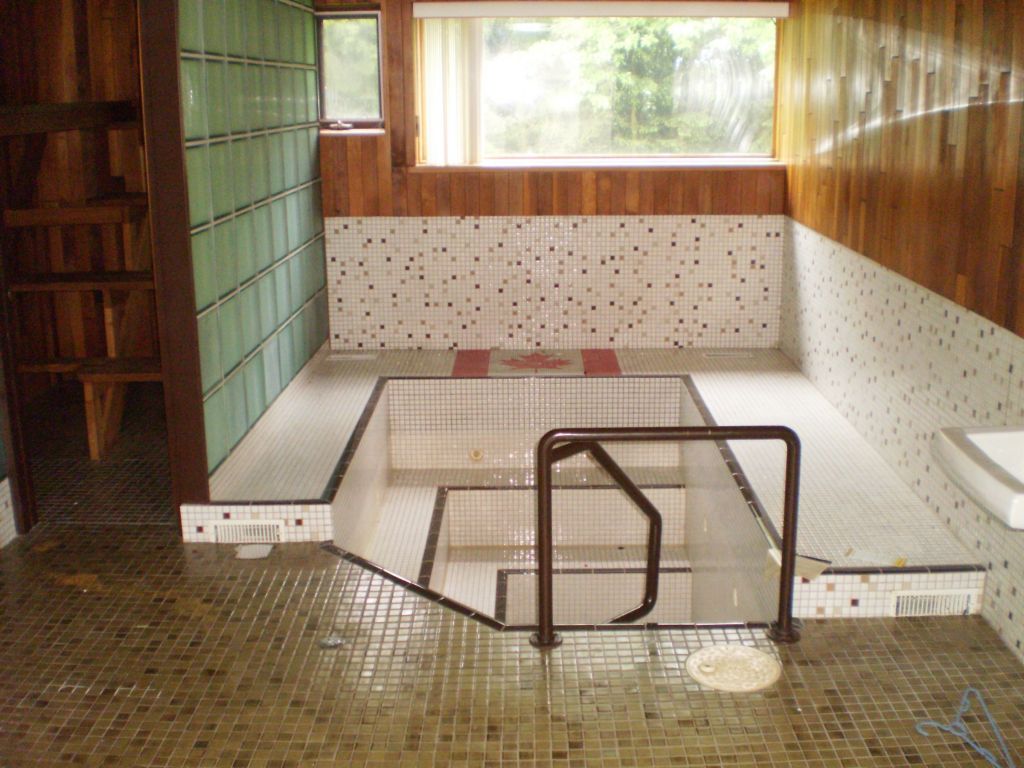 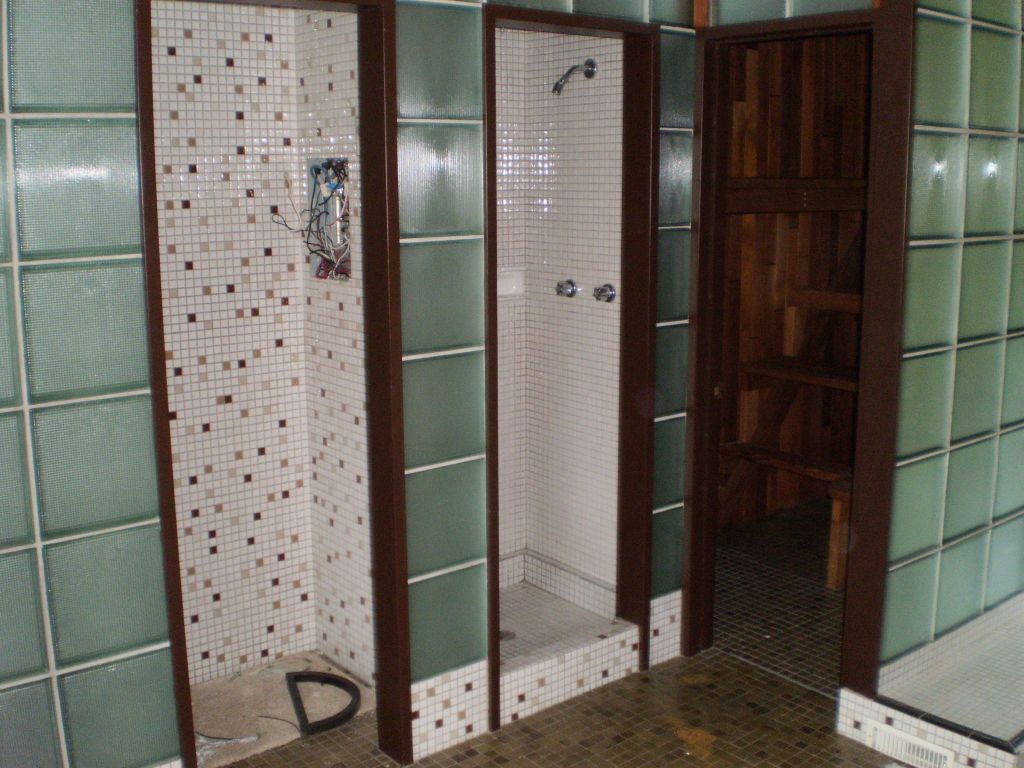 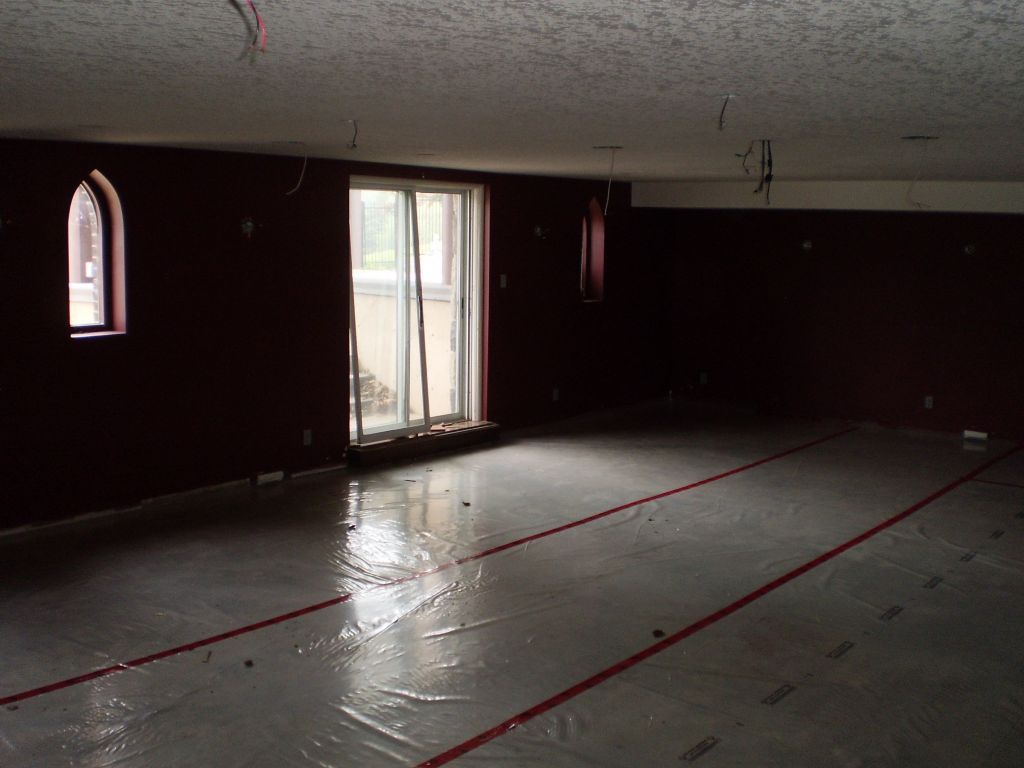 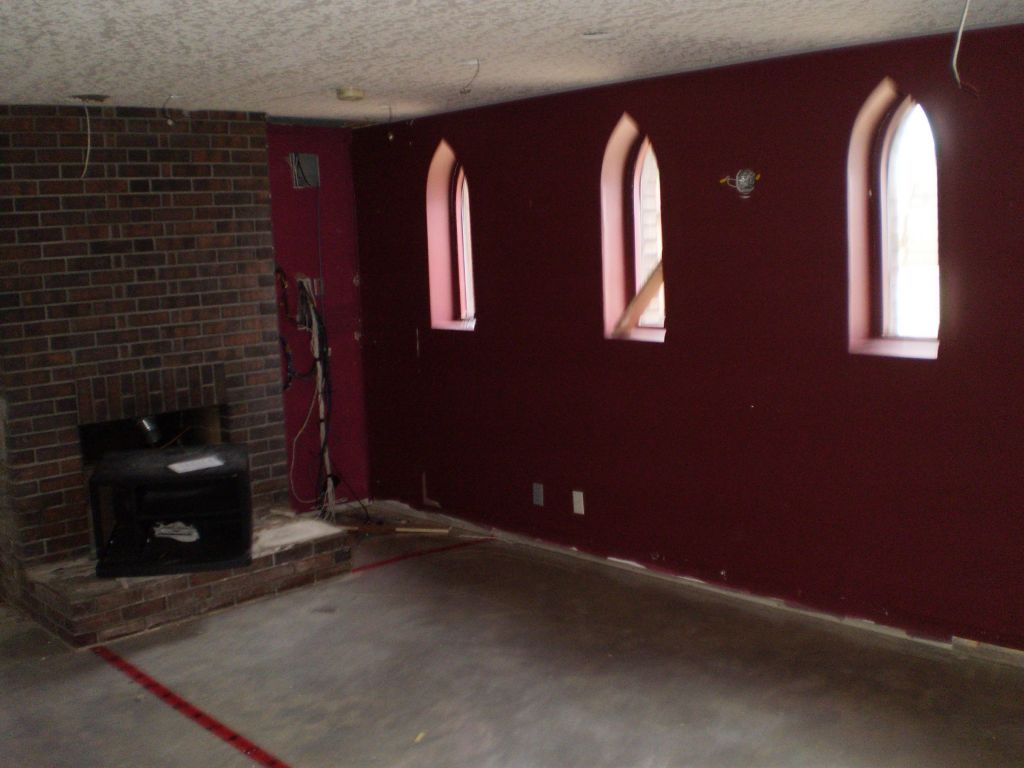 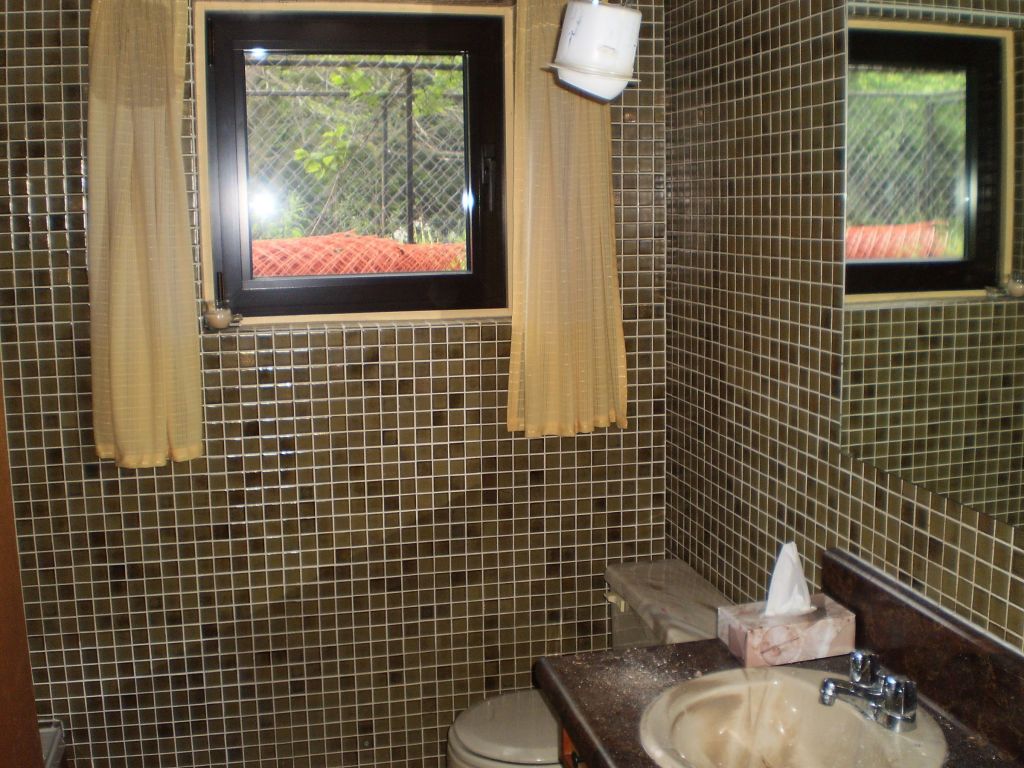 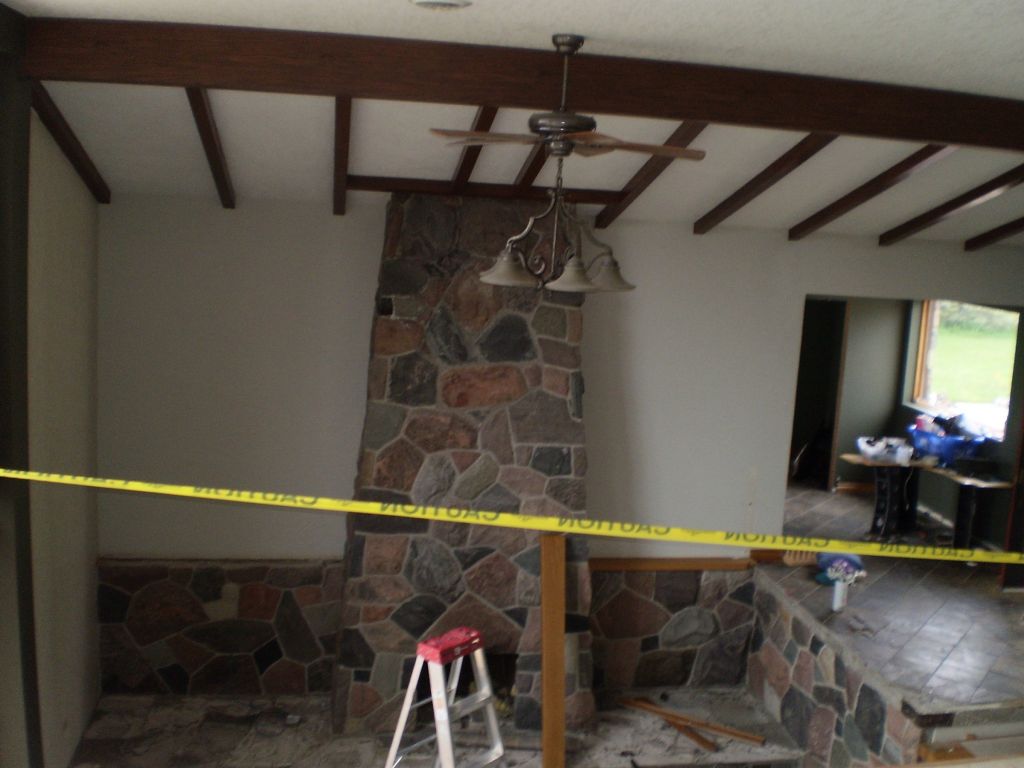 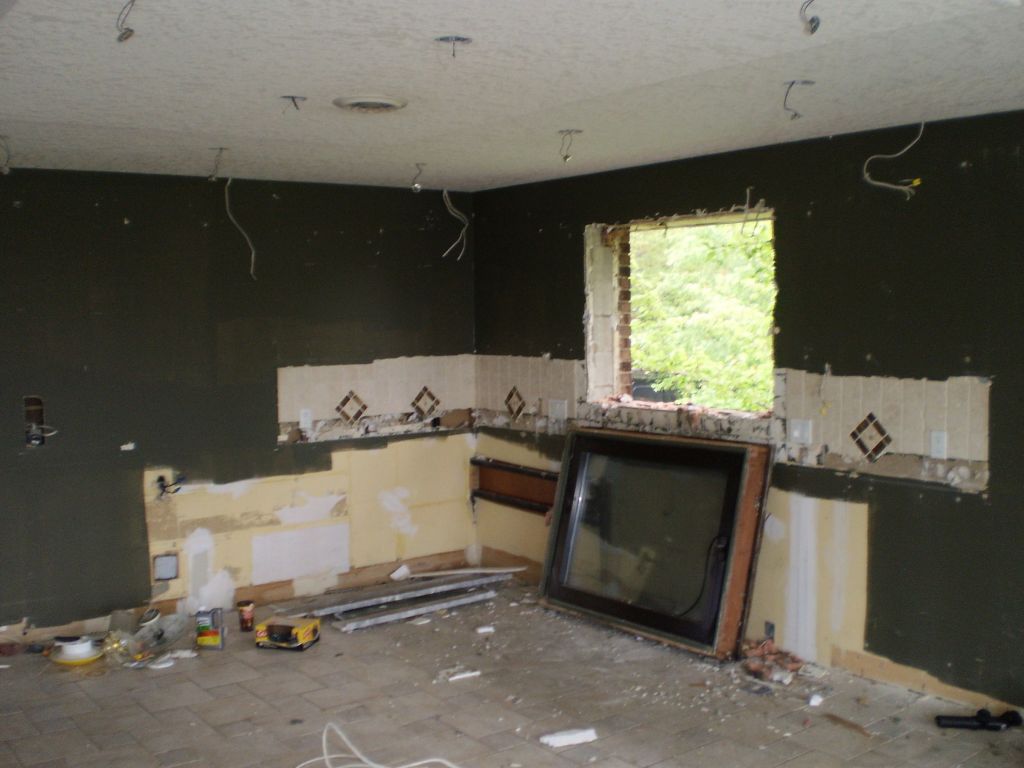