You are here: Home > New Face on Heritage

A hundred years ago, the building that now houses MacLachlan Insurance Inc. in Thedford was carted into town on a horse and buggy.

There are pictures of that, says company president Dan MacLachlan.

The building has evolved over the years and has been used for a number of purposes – including a grocery store, restaurant and apartments – before MacLachlan turned it into an insurance office 25 years ago.

But a recent facelift by Oke Woodsmith Building Systems has brought the structure into the 21st century with a thoroughly modern appearance.

“It looks like a brand new building,” MacLachlan says. “Hardly a day goes by without someone commenting on it.”

It wasn’t initially intended to be such an extensive facelift, he says. “It was one of those projects that just kept going and going. It snowballed from replacing the front windows to brickwork, then siding and so on.”

But he allows that the white siding and multi-coloured brickwork that had clad the building for 30 to 40 years was getting tired looking.

Two-tone brown siding, from London’s Gentek Building Supplies, installed in a vertical/horizontal pattern gives an eye-catching appearance to the rest of the building, MacLachlan believes.

The vertical board and batten siding on the lower portion of the building and in the front peak is a nut brown called Dark Drift. Horizontal clapboard on the upper portion is a lighter Pebble brown.

A front picture window and patio door on the side wall of the front office that opened into a garden were replaced with three windows along the front and two on the side, all finished with white trim for a clean, modern look.

One of the most striking changes to office’s façade was the new sign.

The previous signage was a red awning with white lettering, lit from behind. The new version is a stucco panel that stretches the width of the building with dark raised lettering.

It was designed by Oke Woodsmith and constructed and installed by O’Brien Designs from Zurich, a small company that Oke Woodsmith often uses, says Randy Oke, who operates the business in partnership with brothers Wayne and Kevin.

The sign is lit from overhead with three old-fashioned style wall-mounted lights, sourced from Living Lighting in London.

Replacing the sign was the one thing MacLachlan said he was hesitant about, being partial to the former awning.

“But now I think it’s the best thing that they did,” he enthuses. “It’s made a huge difference. It ties everything together.”

MacLachlan says he chose Oke Woodsmith to do the renovation work because he has worked with them in the past and has always been pleased with the results.

“They are a high end builder,” he says. “And they pay attention to the details. They will notice little problems and fix them as they go along.”

And, he’s thrilled with the new appearance of his office.

“I really like everything that they did. It all gives a new character to the building.” 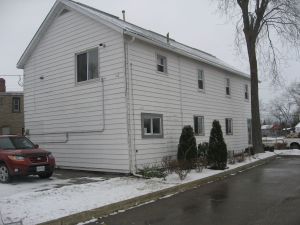 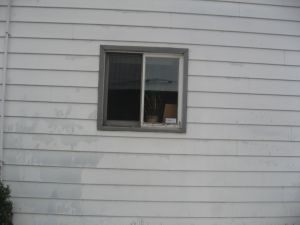 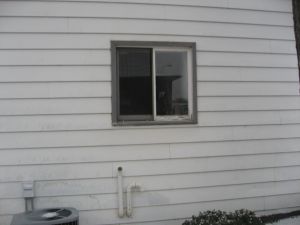 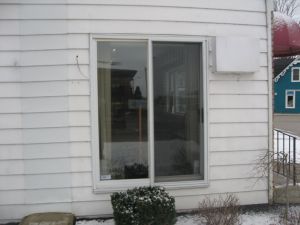 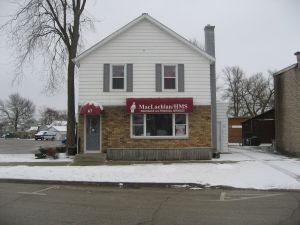 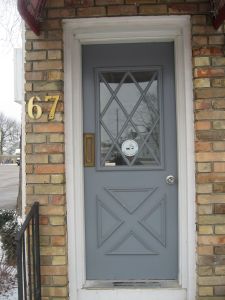 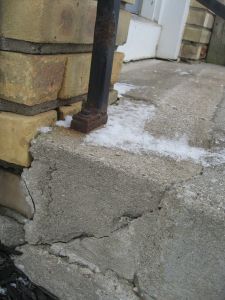 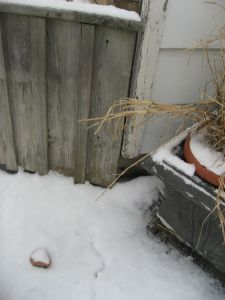