You are here: Home > Our Portfolio > Cottage Transformation

A modest vacation retreat becomes a gracious Craftsman-style homeA vacation property was the furthest thing from Pat and Kurt Keller’s minds when they began searching Lake Huron’s shoreline for a vacant lot.

They were planning to build a home for their retirement years – until they spotted a small, teal-blue wood frame cottage on a bluff overlooking the lake. The Kellers put their building plans on hold, sold their farm south of Mitchell, where they had lived for 29 years, and moved into the cottage.

Even then, they weren’t convinced they were going to use it as a permanent home.

“It was in November (2006) when we moved up here thinking we’d just be here for the winter,” Pat recalls. “But we just love it and we couldn’t imagine building someplace else. We thought, ‘Let’s do what we can with what we have and stay.'”

The 10-year-old, one-bedroom home was a little small for the Kellers’ needs, but several factors made it worth adapting. The owner was in the process of renovating the lower level and adding two bedrooms and a bathroom there when Pat and Kurt purchased it. Two guest bedrooms were a necessity since the couple had two grown sons living in Kitchener.

On the main floor, a large family room was the only element that was lacking. Pat and Kurt realized they would have to convert the garage to accommodate the new room, and build another garage.

A few months after moving into the cottage, the couple visited Oke Woodsmith’s model home in Merrywood Meadows in Grand Bend. The home was a grand prize in the London Health Sciences Centre’s Dream Lifestyles Lottery.

The Kellers were looking for ideas they could use in their own renovation and were particularly drawn to the model home’s distressed wood floor, built-in oak cabinetry and coffered ceiling – elements they eventually incorporated into their new room.

“We just fell in love with everything that he (Brad Oke) had done,” Kurt says.

Oke took them to see other homes he had built and also interviewed them in their own home before he drew new plans. On the exterior, the Kellers had hoped to incorporate stone and stucco to give the home the appearance of permanency. Oke suggested a front porch, as well, which the couple hadn’t considered.

“Right away we thought that’s exactly what we wanted,” Kurt says. “We appreciated his professionalism – it was just very comfortable to deal with him.”

Before the five-month renovation began in the spring of 2007, the Kellers undertook some preliminary work that would help to ease the transition between the new and older areas of the 1,480-square-foot home. In the open-concept living room at the rear of the home, Oke removed a gas fireplace and added a window to a bank of existing windows.

The couple now has an unobstructed view of the water, and of Lake Huron’s famed sunsets. “We really wanted to open it up all the way across,” Pat says.

In the kitchen, located directly in front of the foyer, an existing bulkhead and island were extended to provide spatial separation between three key areas: the foyer, living room and casual dining area. Updating the island with a HanStone quartz counter and a stylish base of natural wood with turned posts also transformed the workspace into more of an entertaining area.

To the right of the kitchen, a hallway leads to the sunken family room, which embodies a British Colonial theme. Lush green plants and wooden sculptures, collected during the Kellers’ trips to the Caribbean, stand out against a backdrop of black walnut engineered wood flooring and linen-coloured walls.

A wall of built-in oak cabinetry, finished with crown mouldings and fluted pilasters, extends across one wall. It incorporates glass display cabinets, as well as a flat-screen television positioned above a gas fireplace. Three large casement windows that face east and south flood the room with light.

Kurt says he appreciates the additional living space the 552-square-foot room provides. “When we have family gatherings we’re not crowded, especially when we have overnight visitors,” he adds.

Outside, the home reflects a Craftsman influence with its distinctive stone and stucco facade. Pillars on stone piers frame a recessed entry and draw attention to a covered front porch finished with wrought-iron spindles.

The new garage features coach house-style doors with windows and wrought-iron handles. Although it appears to be a two-car garage, it features an additional bay – half its normal depth – that accommodates the Kellers’ motorcycle and a riding lawn mower.

Creating new rooflines posed the most significant challenge, Oke says. “Configuring the new roof to work with the old roof without making it look as if it was added on – that’s a hard trick sometimes,” he notes.

Pat and Kurt believe it’s important for homeowners who are considering a renovation to consult a contractor who is also a designer. Otherwise, owners may wish after the fact they had considered other options.

“A professional can come up with drawings and before it’s even built you’ve got a pretty good idea,” Kurt says.

They also acknowledge that undertaking a renovation is sometimes preferable to moving. It’s certainly a decision that worked for the best in their own situation.

“If you like the location, doing a renovation might be a wiser move than selling and relocating,” Kurt observes. 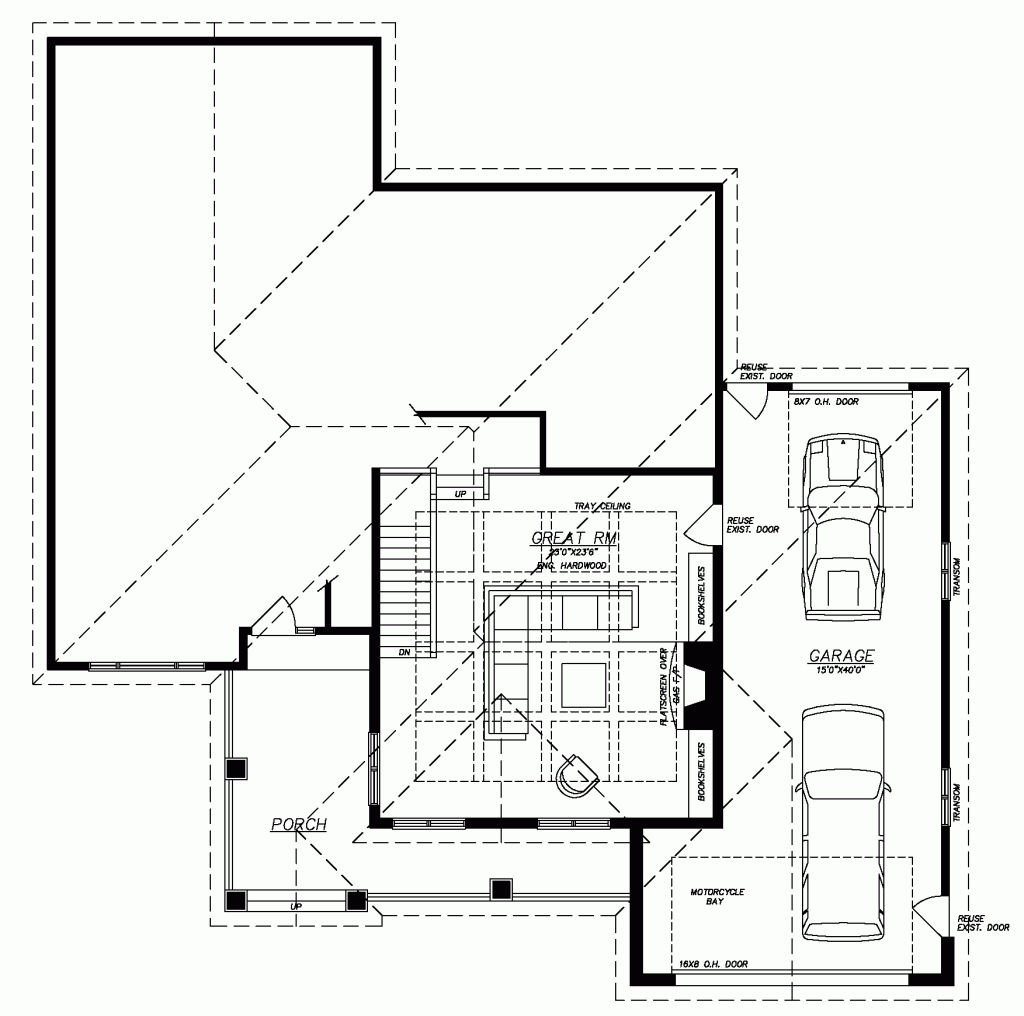 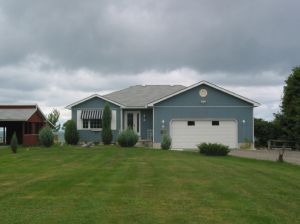 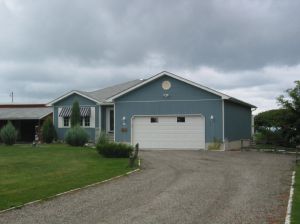 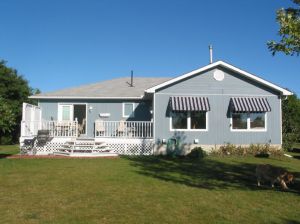 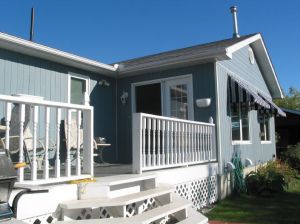 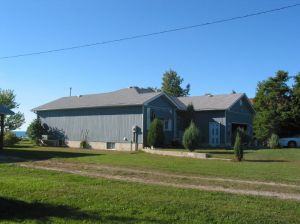