You are here: Home > Our Portfolio > West by North-West

Winner of Most Outstanding Custom Home (Under 2500 sq. ft.) Award

Brian and Irene Hall were torn between two vacant lots when they were considering the construction of a new home. After engaging in some soul-searching, they chose the less promising of the two properties – and they’re glad they did.

The lot’s small size demanded a creative design and a home that maximized every square inch.

“It’s easy to get carried away and we would have built a bigger house on the other lot – bigger than we needed. I think we’re both glad we chose to build on the smaller lot,” says Brian Hall. Irene agrees. “We didn’t want anything bigger – it’s perfect.”

Brian’s family had a connection to the lot he and Irene purchased just north of Grand Bend. Brian’s grandfather owned a cottage in the immediate area and the family had spent many summers there. While Brian and Irene were packing, they discovered a sign Brian had made in the early 1960s advertising a sale he and his brother were holding on the vacant land.

That nostalgic connection was the tipping point for the couple. They decided to purchase the lot instead of a larger property in St. Joseph.

“We took it as a sign that this was maybe where we needed to be,” Brian says.

Because of its size, the lot had been considered to be “unbuildable.” The company invested in slope stability tests – a requirement for securing a building permit. As a result of the tests and a new tertiary septic system that required less land, it became possible to build a home there.

The Halls, who had lived for 27 years in Southcott Pines in Grand Bend, purchased the lot from Oke and contracted Oke Woodsmith to build their home. Their aim was to live on the lake in a low-maintenance house finished with natural products.

For the exterior, they chose a combination of Maibec weather-resistant wood siding, a natural product treated to eliminate maintenance, as well as cedar shingles, hand-dipped in a maintenance-free coating, and quarried gabian stone. There wasn’t enough area to accommodate a garage at the side of the property, so Oke Woodsmith built a three-bay garage beneath the front of the house.

Huge boulders, interspersed with mugho pines, heucheras and short ornamental grasses, were positioned to visually reduce the height of the home. A white timber frame truss above the front entry was repeated in a second-floor gable detail.

Inside, the Halls wanted an open-concept design that would reflect their enjoyment of casual living. As sailors, they’re interested in all things nautical.

“We thought it was a beach house rather than a formal house,” Brian says. “Our last home was fairly open and we liked that.”

Brian hoped to finish one room with wood panelling and was able to source elm wood that came from 100-year-old barn beams. It was used to create panelling in the secondfloor den, as woodwork and cabinetry on the second floor, and to face the vaulted ceiling in their master bedroom.

The couple made allowances in the floorplan for an elevator shaft since the home couldn’t accommodate a main-floor bedroom. If they encounter mobility problems, the elevator will take them from the lower level to the second floor.

The Halls worked with Oke on the design of the home for a year. “The design period was a lot of fun. We really enjoyed it. In fact, when we were finished with the house, Brian was ready to start another one he enjoyed it so much,” Irene says.

Construction of the 1,874-square-foot home began at the end of July 2008 and the couple moved into it nine months later. The home is constructed using Insulated Concrete Forms for their energy efficiency and sound-deadening qualities, and heated with radiant in-floor heating.

The Halls enjoy collecting antiques and their home is an interesting mix of old and new. A two-piece bathroom at the front of the home features a vessel-style basin set into a vanity that was once an occasional table. A water wall, faced with 100-year-old slate shingles, forms a focal point in the foyer.

Textured cork flooring in a herringbone pattern unifies the main living areas which feature moss green walls with rounded corners that accentuate the sense of flow.

The dining area, furnished with a round mahogany table and four chairs, opens out to a spacious sunroom. It was originally planned as a covered porch until the Halls realized their idea wasn’t practical because of the winds off the lake. Patio doors that open to an eight-foot width now provide a seemingly limitless view of the lake.

Irene says she loves the west by northwest exposure. “No matter where the sunset is we can see it.”

A spacious kitchen next to the dining area features traditional cherry cabinetry paired with a beautiful marble tile backsplash in shades of tan, blue and green. A brass light fixture – once a cargo lamp on a ship – hangs above the island, underscoring the couple’s interest in sailing. The island incorporates a raised-ledge breakfast bar that provides privacy for Irene when she’s doing prep work at the sink.

A second sink, positioned beside the dishwasher on a perimeter wall, allows Brian to help with the clean-up. “We were always fighting over a sink, so now we each have our own,” Brian says.

Off the kitchen, a pantry and a laundry room are conveniently tucked away at the front of the home where they provide additional storage.

The colours of nature used in the kitchen are repeated in the dry stacked stone fireplace surround in the living room. Beside the fireplace, a cherry cabinet conceals a motorized lift that brings firewood up from the garage. An angled wall of windows in the living room and the master bedroom directly above it capture views of the lake.

A staircase with a cherry handrail and cherry treads, treated with a marine varnish to create a non-skid surface, leads to the second floor. At the head of the stairs, an elm bookcase opens to reveal a secret passage into Brian and Irene’s walk-in closet. The passage allows the couple to exit their bedroom into the hall without disturbing guests in the adjoining den that forms part of the master bedroom retreat.

The hall divides a guest bathroom and bedroom on one side from the den and the master bedroom on the other. Ceiling fans, and clear glass transoms that open above the second-floor doorways, keep the home cool in summer.

The couple particularly appreciates Oke Woodsmith’s clever use of space. “It seems roomier than our other house although it’s about the same square footage,” Brian says. “We tried to minimize hallways; there isn’t a lot of wasted space.”

From the foyer, the staircase connects the main floor to the lower-level walkout, which includes a family room, a bar and a two-piece bathroom. Brian says homeowners who want to build on the lake should make use of the technology that exists for weather tightness. Choosing a builder with experience in lakefront construction is also imperative.

“You want to deal with somebody who’s done it before. They (Oke Woodsmith) understand what issues you can get into if you don’t do it right,” Brian notes.

Despite the obstacles they faced, the Halls are glad they chose the property they did. “It would have been easier to build on the other lot; we would have had more flexibility in the overall footprint, but I don’t think we would have come up with a better house,” Brian says. 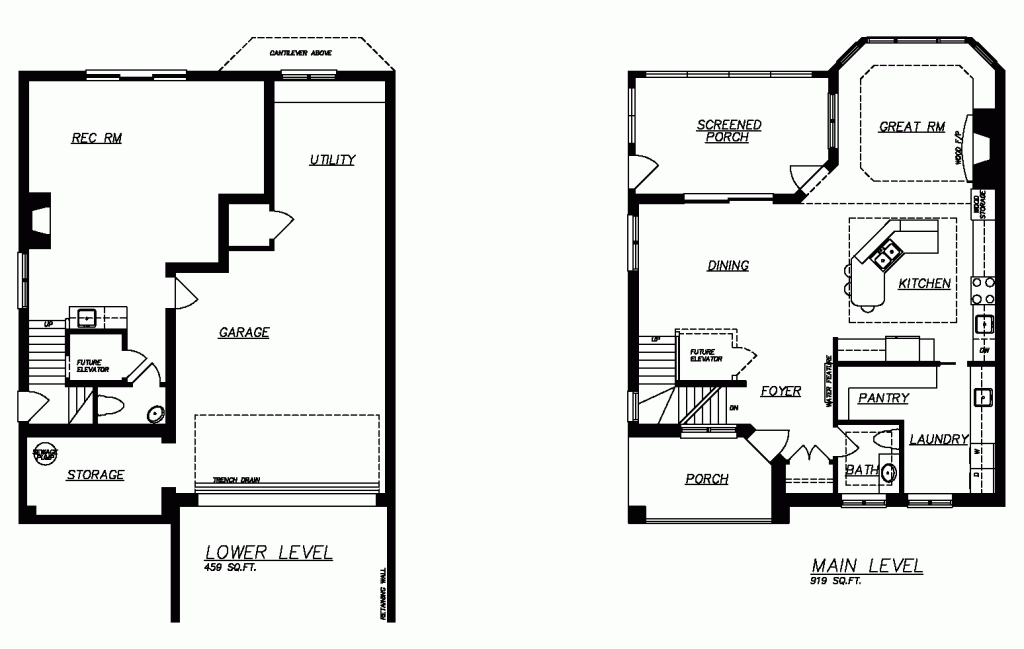 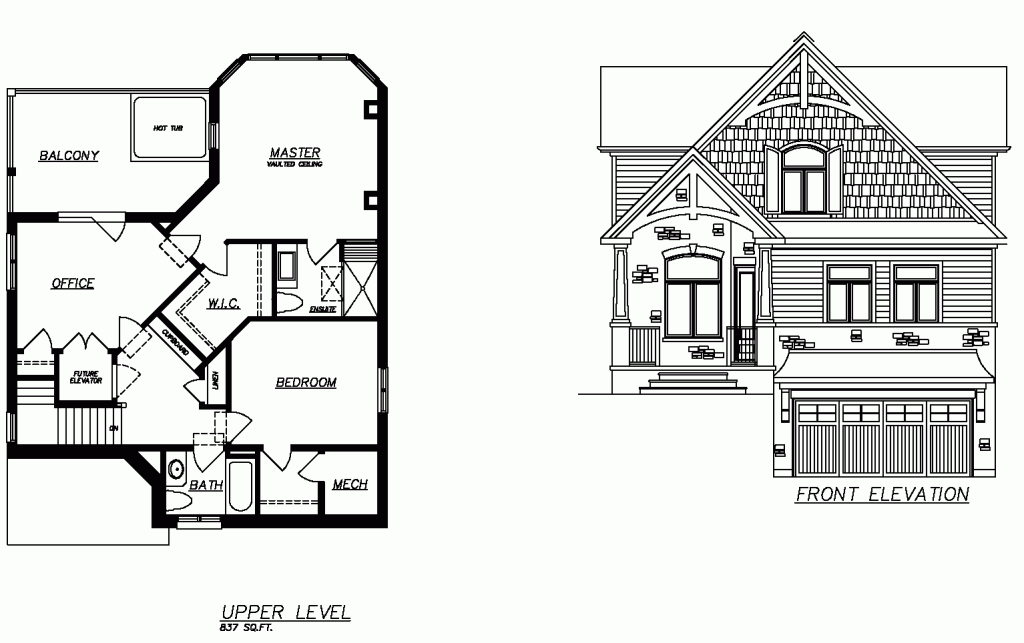 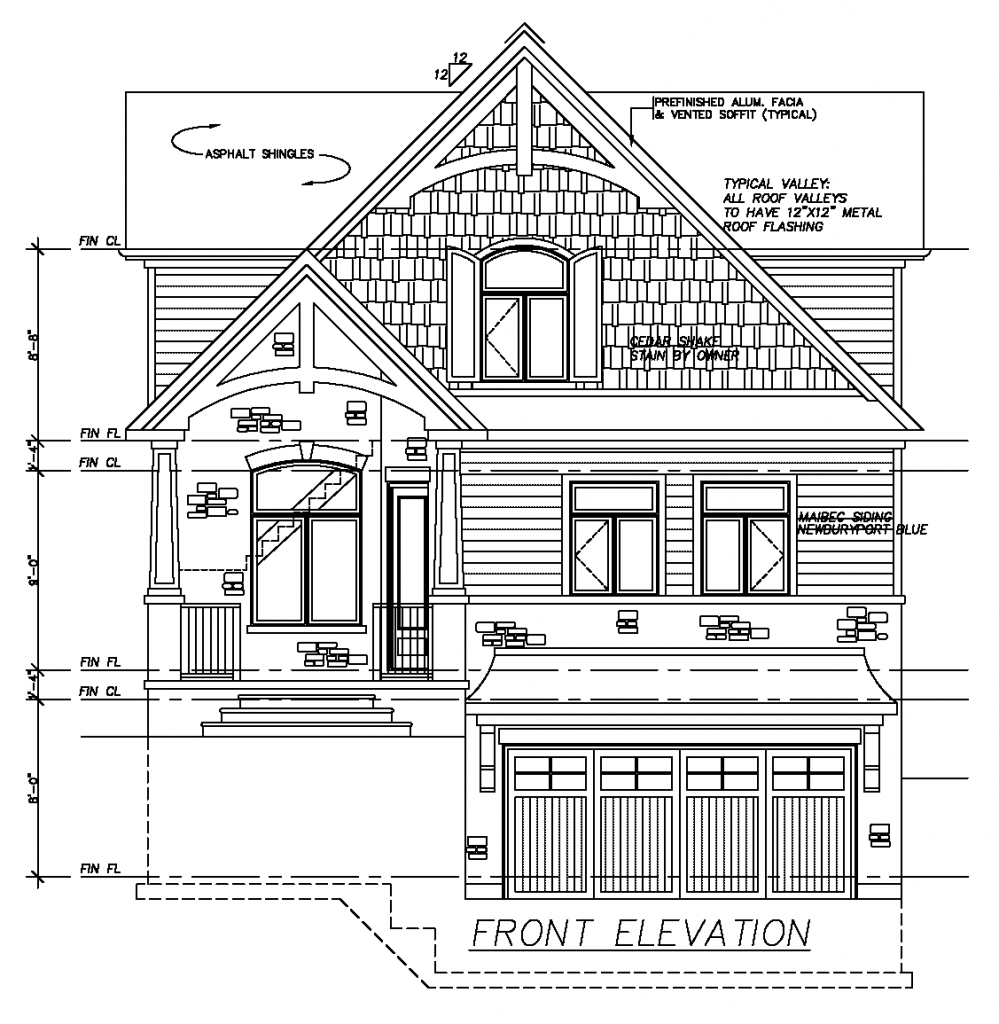 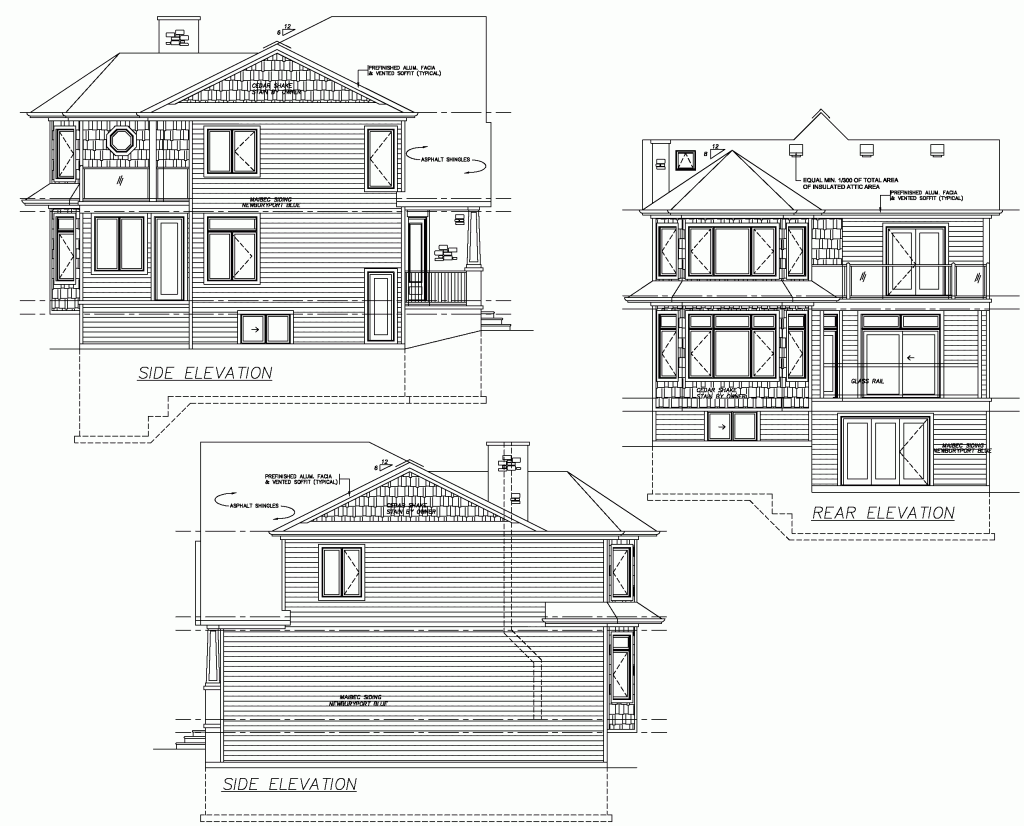