You are here: Home > Our Portfolio > Channeling Muskoka

City dwellers who vacation in northern Ontario appreciate the sense of tranquillity a lakeside setting instills in them.

One London couple decided they wanted to capture that feeling year-round.

The couple, who used to stay at a lodge in Muskoka, began thinking about building a home in a resort area a few years ago. Motivated by the desire to escape the fast pace of the city, they were also encouraged by friends in Grand Bend.

Visiting the area brought back fond memories for them of northern Ontario. “It reminded us of the Muskokas without the drive,” says the homeowner. “It just feels so good when we get here.”

The couple traded in their home in London for a condo and purchased a lot in Beach O’ Pines off Hwy. 21 in Grand Bend. The front of the property overlooked green space across the road and the rear faced stands of slender oak and pine trees.

Their aim was to use simple lines in the home that would complement the natural setting. “We wanted the house to belong in the woodlands,” the owner says.

The husband and wife chose Oke Woodsmith as their builder because they knew of the company’s reputation for constructing high-quality homes. Oke Woodsmith also understood the requirements of building near a lake and was familiar with the importance of incorporating views of nature into the design of a home.

“Friends who had built with them very much encouraged us to lean that way… We really relied on their advice. It’s not like building a house on a lot in the city. There was a lot more to think about,” the owner says.

The couple toured several model homes while they were researching builders and particularly liked the floorplan for a model home Oke Woodsmith had built in Merrywood Meadows in Grand Bend. The great room was situated between the kitchen and the master bedroom retreat and also provided access to a screened porch.

An open-concept design was a priority for the couple, who appreciate clean lines and contemporary decor. They also wanted a mudroom, a main-floor laundry room, an office and a main-floor master bedroom. They decided against finishing their lower level, opting instead to incorporate a second storey.

Oke was able to angle the 3,200-square-foot home on the lot for privacy so the front and back faced mature trees and didn’t look directly into the yards of other homes. The size of the lot was an advantage in orienting the home away from the street.

“We turned the house instead of facing it to the street, so that they’re looking into the parklike setting. By doing the turn, you don’t see any other houses,” Oke says.

The front facade of the home is dramatic and pairs grey Arriscraft stone with dark board and batten siding. Timber-frame gable details, also painted a deep shade of grey, offer a contemporary twist on a traditional theme.

To the left of the foyer, a home office overlooks a wooded area through casement windows on two sides. The doorways to the office and the two-piece bathroom across from it are finished with clear glass transoms that accentuate the sense of flow throughout the home.

The view from the foyer is dominated by the great room, which resembles a northern lodge – from its deep olive-green walls and barrel-vaulted ceiling to a massive stone fireplace and contemporary leather furnishings. An arched transom window mimics the lines of the ceiling and appears to extend the indoor living areas outdoors.

A large screened-in porch, accessible from patio doors in the great room, is used for summer dining. Like the great room, the porch incorporates a barrel-vaulted ceiling and an arched transom window, as well as windows on three sides.

To the right of the great room, the kitchen blends traditional and contemporary elements, including cherry Shaker-style cabinetry and a backsplash of polished marble tiles. The couple had originally chosen a black granite counter, but their cabinet maker believed it would make the kitchen too dark.

They opted, instead, for granite that resembles shifting sand with streaks of tan and charcoal.

The kitchen incorporates a walk-in pantry, a vegetable sink along a perimeter wall and a large island with a raised-ledge breakfast bar. Four stainless steel barstools slide under the granite counter, creating seamless sightlines from the island to the dining area beyond it.

An angled tray ceiling defines the dining area which is furnished with a cherry table and six chairs. Long casement windows on two sides overlook a flagstone patio and berms landscaped with natural stone and evergreens.

“I love the kitchen, it’s a great working space,” the owner says. “It’s nice to work with other people in that space. I love the great room because it feels as if we’ve gone to our own private lodge.”

To the left of the great room, a vestibule leads to the master bedroom retreat. Beyond the bedroom, the ensuite bathroom incorporates a rectangular soaker tub surrounded by windows, a glassed shower and a double cherry vanity. The bathroom opens in to a dressing room illuminated by transom windows set high into a rear wall.

A contemporary maple staircase connects the great room with the second-floor loft, which features dramatic angled walls and a curved balcony that overlooks the main floor. The loft, which is used as a reading area, leads to a cosy guest bedroom, a den and a bathroom.

The owner says she and her husband enjoyed working with Oke Woodsmith on the design of their home. Construction of the home began in January 2007 and was completed in February 2008.

“The company paid attention to the little things; even with the open area on the second floor, guests can get from their bedrooms to the bathroom without being seen from down here. Little things like that are very important,” she adds.

Other priorities included a dog shower for the couple’s German shepherd. Their two-bay garage accommodates three vehicles and the shower, which is also convenient when friends with children visit.

“The dog shower is fabulous – it’s a good thing to have,” the owner says.

The mudroom off the garage was also designed for the dog and accommodates her crate beside a built-in bench with cubbyholes and hooks for coats. A laundry room beyond the mudroom completes the main floor.

The owner says she particularly enjoys Grand Bend’s relaxed pace of life, and the way in which her home facilitates her lifestyle. Her days are filled with walking, bike rides and impromptu get-togethers with neighbours.

“We like being here so much,” she says. “When you’re in the city, it winds you up. When we get here, we relax and feel good.” 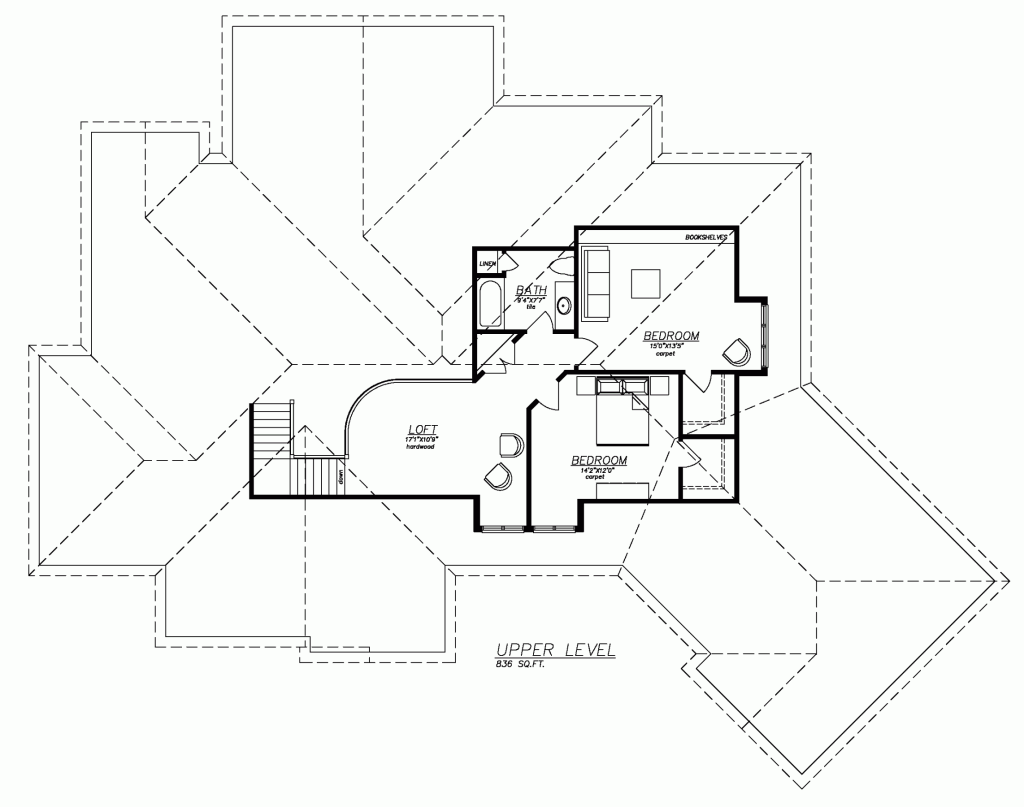 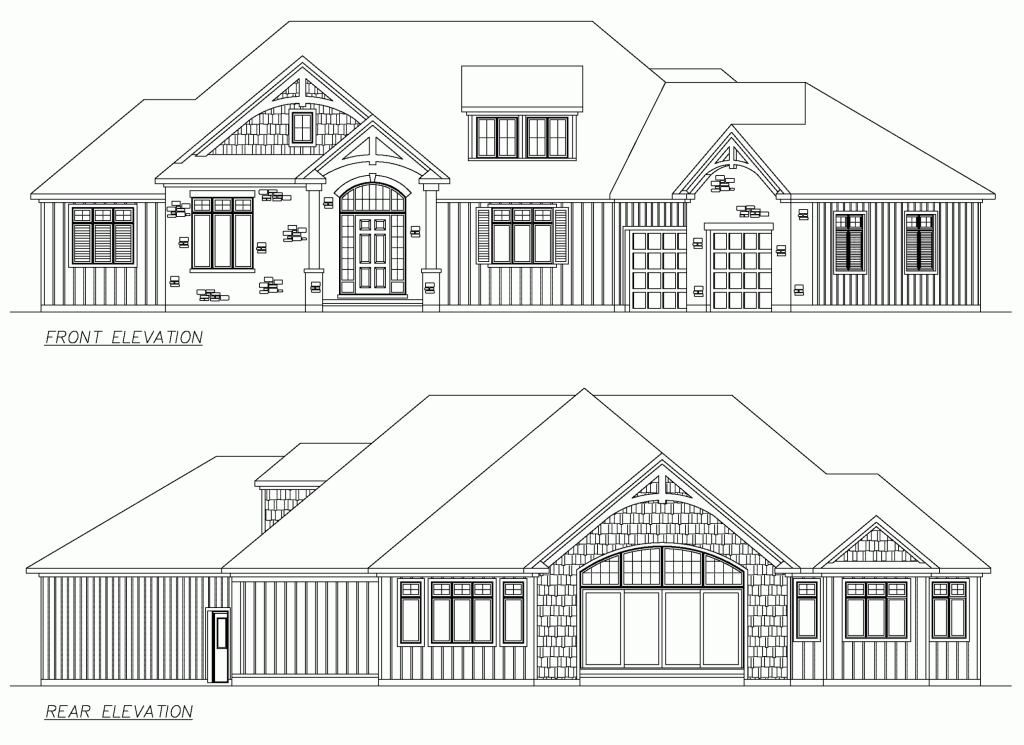 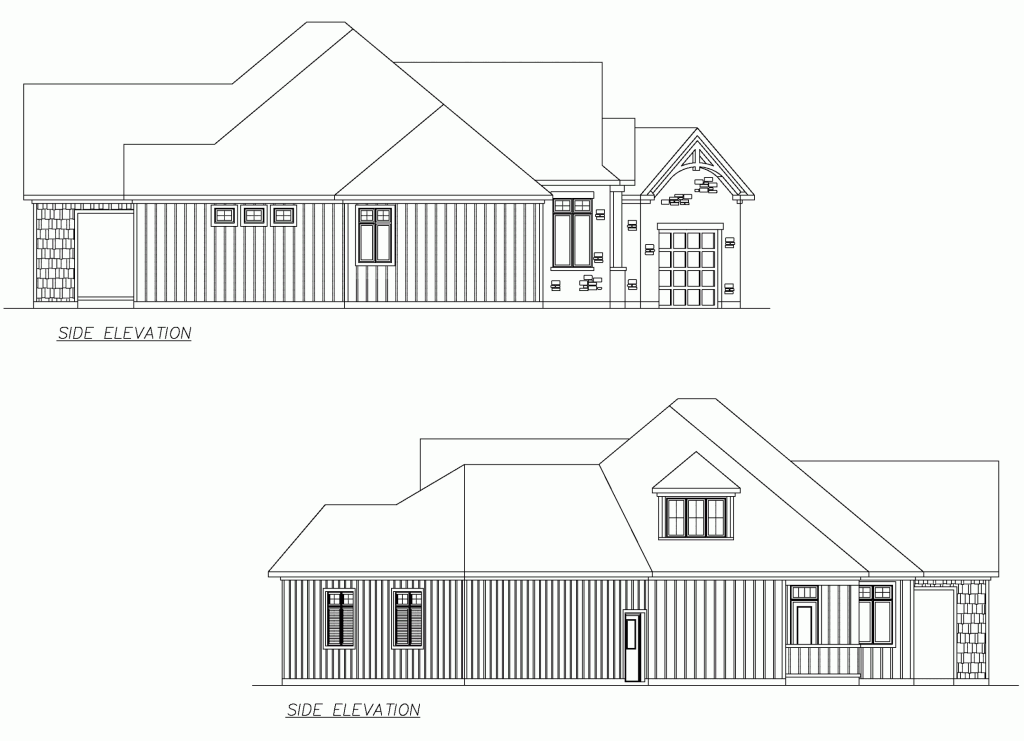