Renovating a home is never easy but renovating a home when you are on the other side of the world is one heck of a brave decision. It’s in times like these when technology becomes really, really useful.

When you’re living in a foreign land and renovating a house back home, you have to put a lot of faith into your contractor. When Elsa and Terry Donohue decided to renovate their cottage in Grand Bend, it wasn’t until three interviews later until they knew exactly who to place their faith in.

“We interviewed three different contractors but went with Oke Woodsmith because we live overseas and wanted to give the job to someone we trusted,” said Terry from his home in Jakarta during a Skype interview. “Randy [Oke] gained our trust because of the quality of work we saw that they had done.”

The couple, who reside in Jakarta, Indonesia, are administrators at Jakarta Intercultural School and come to Grand Bend every year. They also like to spend their time travelling through Europe and other parts of the world.

It was during a vacation in Ontario – for a family reunion – that led the Donohues to buy the house. Elsa, having fallen in love with Grand Bend, had discovered the place near the end of their stay. Though they were just about to make a big move to Thailand, Elsa told Terry he had to see the property.

It wouldn’t be hard to convince Terry, whose has family that lives only one hour from Grand Bend. The purchase was quick; having not even looked at any other properties, the couple bought the house within one day.

The cottage, located in the Southcott Pines right by the beach on Lake Huron, on Ontario’s west coast, features classic cottage elements with a hint of inspiration from the Donohues’ travels throughout Southeast Asia. When it was bought, the small cottage needed serious updates.

“The bathrooms were hideous to say the least,” Terry said about the cottage’s status when they bought it. The place was trendy at one time – maybe in the ‘70’s and ‘80’s – but silver wallpaper and bathroom mirror overkill just doesn’t cut it anymore.

Though the place was in dire need of an update, the much-needed renovation didn’t stop them from visiting the property as much as they could. “We went every summer though it wasn’t renovated and once during Christmas.”

Even from the other end of the planet, Terry and Elsa had all hands on deck during the whole renovation process.

“We had a big hand in materials and the look we are after and Steve Poortinga [the Oke designer] helped make it reality,” said Terry.

Working with Oke Woodsmith – with Randy in charge on location – proved to be a smart move for this satellite couple. Randy’s “big-picture” attitude and relationship with the subcontractors to do things right gave Terry and Elsa “peace of mind” for the final finished product.

The carpentry, which was led by Randy’s brother Kevin, provided the fundamental structural needs with fine attention to the modern features seen throughout the cottage, and had “guys in the trenches doing work,” according to Terry. “They have an ability to see and execute details.”

Steve, who had the ability to “roll with the punches” and cater to any changes or issues that arose, executed the designs. His communication with the couple over Skype and keenness to flip PDF design ideas back and forth continued the rapidly building trust between Terry, Elsa and the whole Oke Woodsmith team. The entire production, Terry said, was quality work and it shows.

“There was no shoddy workmanship,” he said. Oke Woodsmith just went above and beyond.

“Randy had his crew put furniture in the house and the china in the cabinets,” he said about turning up to their newly renovated place that had been staged just for their pending arrival.

To top it off, the couple had full access to the developments of their renovations. Through Skype conversations, email and file-sharing, Terry and Elsa were able to keep up with the day-to-day progress and to provide feedback when needed.

“Randy dropped us email updates, workers would take photos and put them in Dropbox and let us know.  Then we would look at photos, ask questions and write emails back for clarity or changes. The whole working relationship has been long distance.”

The renovation brought along a desire for an open-concept layout and as much natural light as a home could provide. The one-of-a-kind sculptures, cabinets and otherworldly décor from far-off lands blending with the bright, beautiful maple flooring make this custom cottage particularly unique.

The woodsy, stone fireplace brings history to the place with an old, repurposed beam from a barn built back in 1890, mixed in with a nautical, antique sailboat steering wheel.

The slanted ceilings are scattered with pot lights and feature industrial-style light fixtures down the length of the island. The gourmet kitchen shines as the interior focal point with natural light and the stainless steel appliances and cook-top stove add to the livability of the cottage. The glossy white counters complement the dark antiquity of the dining room table and cabinets.

The bedrooms didn’t need much – just a few coats of paint – but each room provides a unique, personalized quality. Artworks and distinctive pieces of furniture add flare to the classic cottage bedroom style. The master suite includes a separate deck, perfect for a morning cup of coffee to start the day or a nightcap to end it.

A newly built three-level deck flows smoothly into the backyard, green with grass and surrounded by trees. The open-concept layout creates a perfect setting for any kind of social gathering.

The nearby beach is accessible simply by a three-minute walk, making this cottage the perfect getaway for those long, warm summer days and evenings bringing in a cool breeze from Lake Huron.

Overall, Terry and Elsa have nothing but positive feedback about their newly renovated place.

“We have no regrets,” said Terry.

The most essential element the newly renovated cottage provided, however, is a place where Terry and Elsa can be with their family and friends. Terry’s mother’s favourite place is the deck. Elsa and their son love the great room. No matter what, everyone is together. 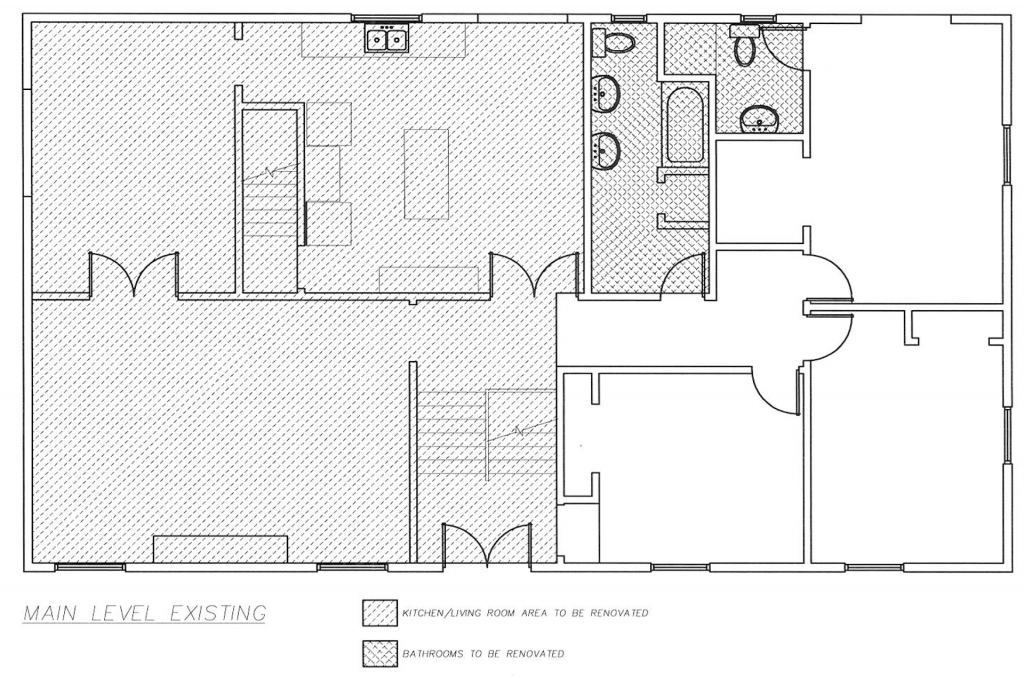