You are here: Home > Our Portfolio > Inspired By Nature

When Don and Marg Bulloch purchased a lakefront property north of Grand Bend in 2000, they had no idea several other prospective buyers had seen it and rejected it.

Ignorance, in this case, was a benefit since the lot’s wooded ravine and bluffs now form a dramatic backdrop to the couple’s equally dramatic home.

The Bullochs, who had been living in Belfountain, north of Toronto, were attracted to the property because of its abundant natural features and its location overlooking Lake Huron. Their own five-acre lot was surrounded by woods and they enjoyed the privacy of such a location. They didn’t realize, however, there were restrictions that might have prohibited them from building on their lot in Grand Bend. Others had deemed it too small to complement a permanent lakeside home.

“Maybe we were naςve when we bought it,” Don says.

Through the recommendations of family, the couple contacted residential designer Brad Oke, who had seen the property previously and already had a design in mind.  “I love lots that have ravines on the side; they have a lot of challenges, but they offer a lot of privacy, as well,” he says.

Despite the difficulties posed by the property, Oke and his clients were able to overcome its negative features. The Bullochs, who were originally from London, purchased an unopened road allowance that led to Highway 21 to make the front of the property larger. They also obtained three minor variances that would accommodate the footprint of the home and the septic system, and allow Oke to build closer to the edge of the bluff.

Technology was on the Bullochs’ side in the form of a new septic system that required less land. Oke chose Ecoflo Peat Filters, which use sphagnum peat moss as a natural filtering medium.

“It reduced the amount of area required for the septic system, which then allowed more area for the actual house,” Oke explains.

Oke designed a plan with a lower-level walkout, which allowed him to build a larger home on a smaller lot. The design incorporated two bedrooms and an ensuite bathroom, as well as a family room with a games area and a home office.

The guest retreat was a key element for the Bullochs, who favoured a one-floor home with additional living areas to accommodate their son, daughter and grandchildren on extended family visits.

“We were thinking of going up, but going down seemed to be what he (Oke) suggested and we’re quite happy,” Marg says.

Outside, Oke raised the grade of the property, which had been flat. Building up the lot also ensured the couple would be able to see the lake from every room in their home.

Oke’s aim in designing the exterior was to evoke the spirit of a well-built 50- or 60-year-old cottage. He chose natural materials suited to that era, including Owen Sound ledge rock paired with maintenance-free B.C. red cedar shingles and a steeply pitched cedar shingle roof.

The cedar shingles have weathered to nearly the buff colour of the stone, making the home appear older than it is. Two round portholes – one in the gable above the garage and the other in the powder room beside the front door – underscore a subtle nautical theme.

The Bullochs’ home marked the first Oke had designed that combined the essence of a cottage with the features of a year-round residence. The home is constructed of Insulated Concrete Forms (ICF), which eliminate drafts and deaden sound – even in the fall when winds whip off the lake. Radiant in-floor heating on both levels adds to the home’s comfort.

“You feel safe and comfortable and warm in here,” Marg says.

On the main floor, Oke defined rooms without walls by using interesting ceiling treatments, which are evident from the front door. Two curved steps lead from the front foyer up to an open-concept living area that’s unified by creamy walls and richly textured oak floors.

Sunlight fills the great room, which is flanked by a gourmet kitchen on the right and a formal dining room on the left. Spatial definition was achieved through the creation of a 14-foot vaulted ceiling in the kitchen; a cherry island with turned columns and a granite counter further defines the two areas.

A second vaulted ceiling in an adjoining dinette forms a dramatic counterpoint to the nine-foot ceilings in the great room. Furnished with a round stone table and four dark wicker chairs, the dinette offers a panoramic view of the lake. Don’s gardening talents are visible in the deep border that rims the bluff, creating a visual feast in shades of gold and yellow interspersed with blue green and red foliage.

A dome above a sitting area in the great room signals yet another change in theme. A rounded wall of windows – one of Oke’s trademarks – overlooks a small concrete patio with tempered glass railings. Two additional patios, accessible off the dinette and the master bedroom, provide Don and Marg with ample outdoor dining opportunities.

The great room, comfortably decorated in shades of honey and camel, features built-in cabinetry for the television and stereo, as well as an impressive fireplace that incorporates a cherry mantel. The dining room, at the front of the home, is the most tailored room in the home with deep crown mouldings, banks of casement windows that face a ravine at the side of the property, and a traditional oak dining suite.

The dining room is balanced on the opposite side of the home by the master bedroom retreat and spacious ensuite bathroom. Subtle indications of the home’s lakeside location are evident in the form of Marg’s photographs of sunsets and in the choice of rustic pine and sand-coloured granite in the ensuite bathroom vanity.

While the Bullochs have imprinted their own personalities on the home, Oke’s hand in the design is clearly evident. “The design of the home is totally him,” Don says of Oke. “He was extremely good for us – he had good ideas.”

Although Don had never gardened before moving to Grand Bend, his eye for colour and texture play a pivotal role in providing a backdrop for the home. Ornamental mulberry, false cypress and weeping larch provide vertical interest to contoured flowerbeds filled with large white hydrangeas, hostas and spirea.

Natural stone, flanked by evergreens, barberry and sedum, forms steps that lead from the side of the house past a recessed patio distinguished by arches, and up to two raised patios, one of which incorporates a built-in barbecue. A second seating area on the edge of the bluff is poised directly above the beach below. 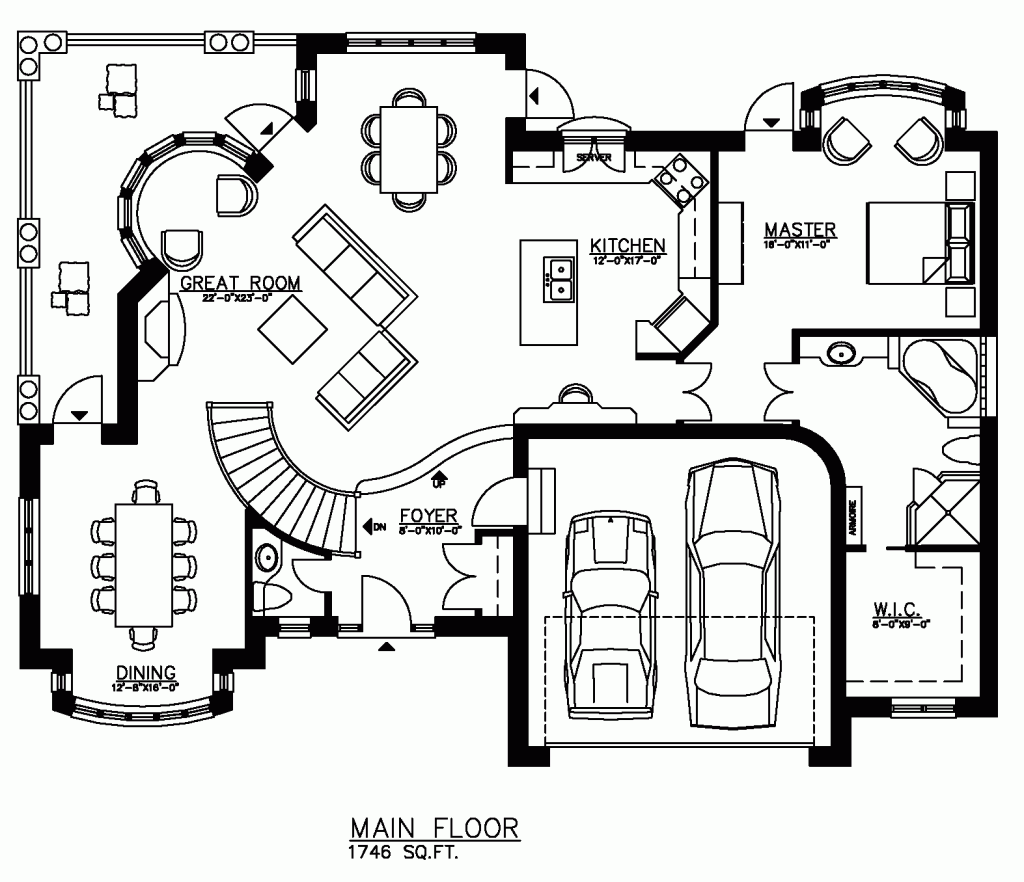 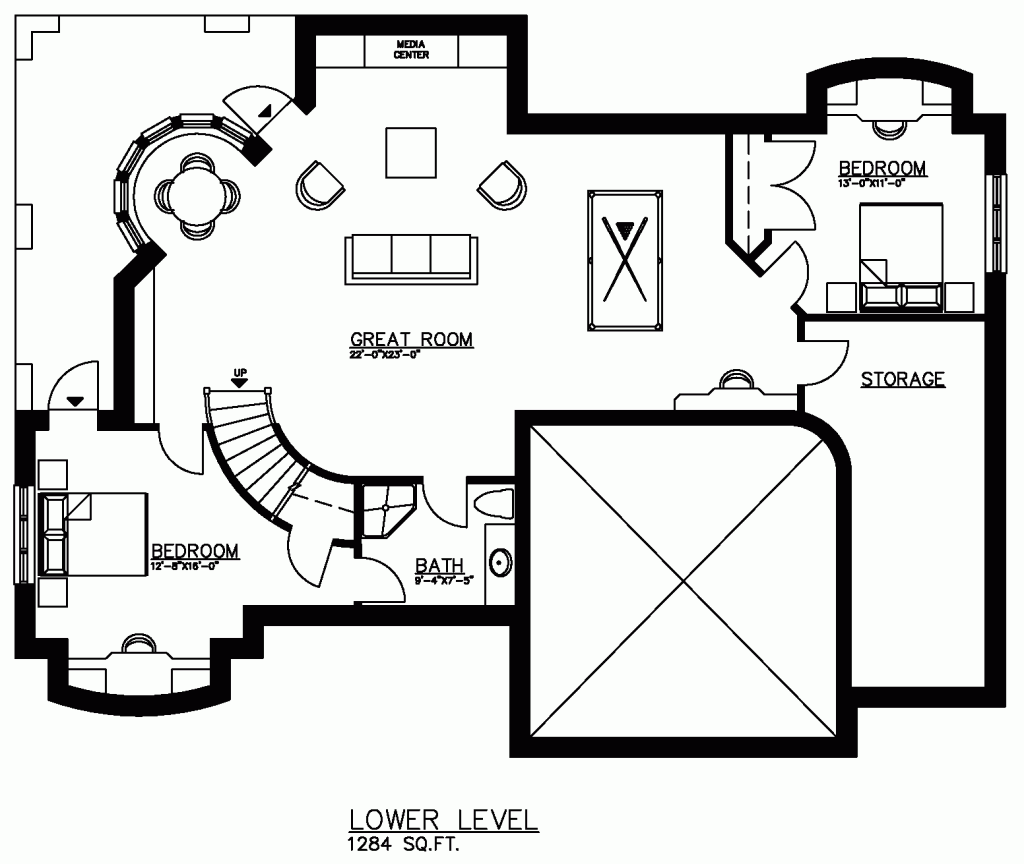 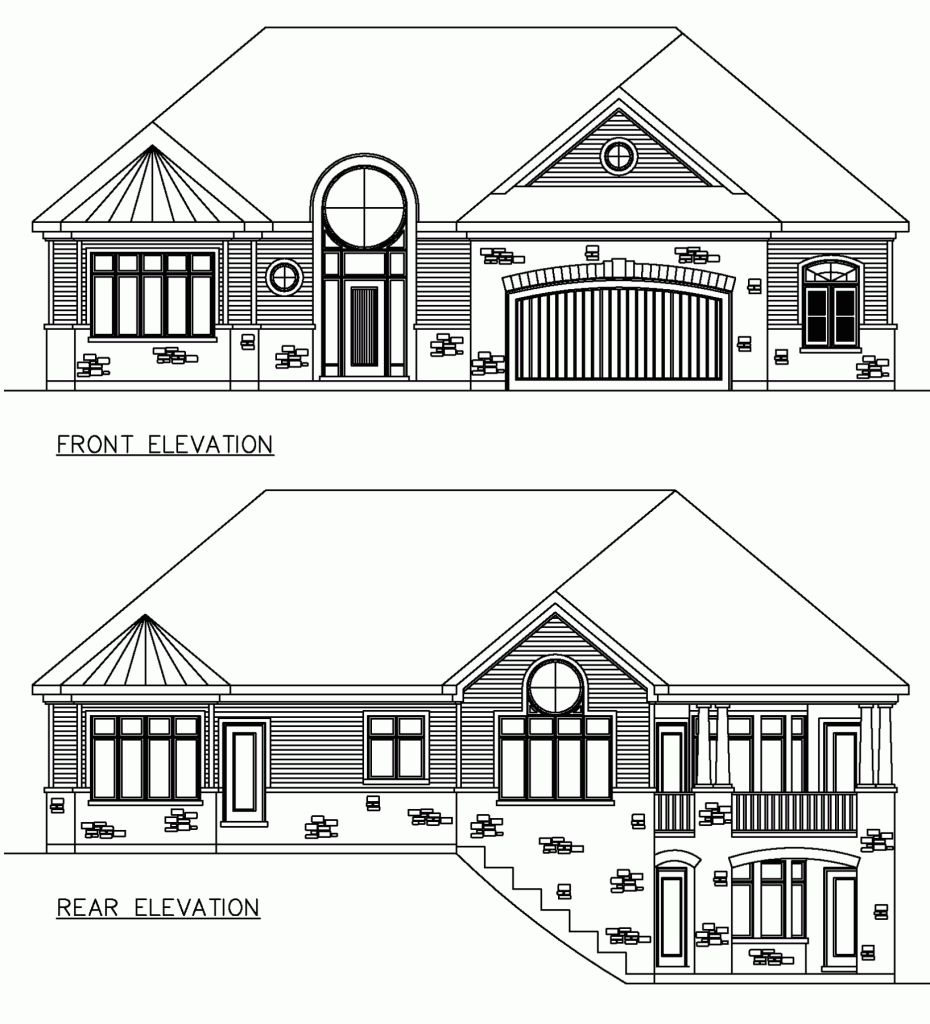 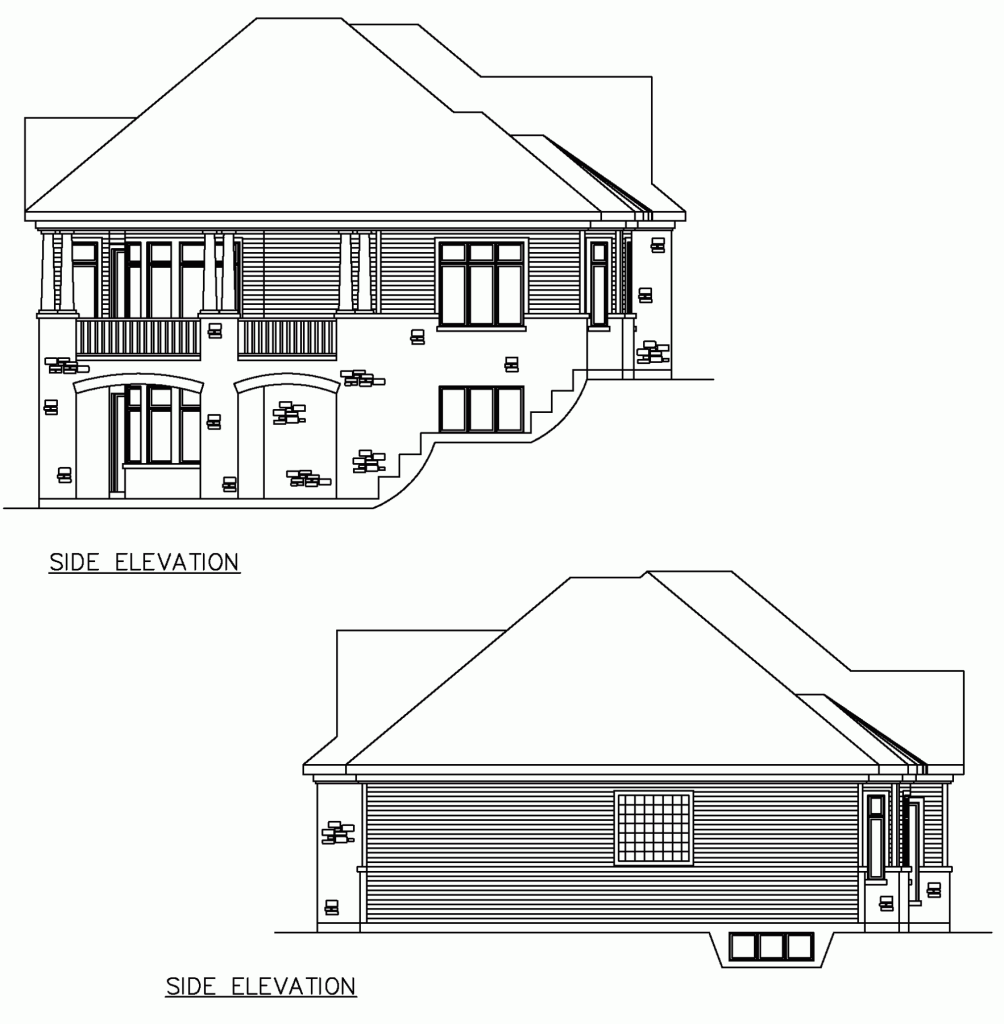