You are here: Home > Our Portfolio > Living Without Barriers

This Victorian-themed home is wheelchair-accessible from top to bottom

Jim and Doris Meldrum knew exactly what they didn’t want in a home when they began contemplating the design of their new residence in Kincardine.

Instead of the four-level layout and multiple stairs of their previous home, they chose extra-wide hallways and doorways, and even an elevator.

The couple decided to be ruthlessly practical so their new home would accommodate their needs as they aged. They allowed enough space to accommodate wheelchairs in hallways and, for the same reason, also planned for lower vanity heights and higher toilets in their bathrooms.

“This home is designed for the retirement market,” Jim says. “We tried to make it is practical as possible.”

Oke Woodsmith Building Systems of Hensall had built a home for the couple in 1995 when they returned to Kincardine after living for many years in Toronto. The home resembled a bungalow from the front, but was built on four levels.

“It wasn’t marketable to a lot of people because there were a lot of stairs,” Doris says.

When a buyer appeared out of the blue, the Meldrums decided to sell the home and repeat the process with Oke Woodsmith in the same neighbourhood, but with a more practical layout.

Brad Oke, who designed the home, says most of his clients are opting for an elevator.

“Instead of having a house that you’re limited to, why not design this in and then have your house available to you indefinitely?” Oke says. “Most of my clients feel it’s going to be an investment in a home that they won’t have to move out of and a necessity, possibly, down the road.”

From the exterior, the Meldrums’ red-brick home exudes a Victorian appeal. Double sets of round white posts on square bases anchor the front entry. A veranda spans the width of the home and features two round turrets at each end.

While the couple thought they wanted a plain front porch, Oke believed the gazebo effect created by the turrets would add definition to the front elevation.

“Bradley’s brilliant at drawing,” Jim says. “He put in the two round turrets and they just made the house.”

Inside, the rooms are large and bright and offer commanding views over Lake Huron. Deep crown mouldings and baseboards, paired with a colour scheme of rich linen and terra cotta, pay homage to the home’s Victorian roots.

A curved staircase with oak railings and wrought-iron spindles in the front foyer divides two parallel hallways. The main hallway leads, on the right, past Jim’s home office, which could function as a caregiver’s suite if he or Doris became incapacitated. Directly across from the office, a second hallway leads to a bathroom with a tub and shower, and a bright storage room.

Both corridors connect to the rear of the home, which consists of one large room with a dining room, kitchen and living area cleverly divided using minimal spatial separation. A partial wall between the kitchen and dining room acts as a built-in china cabinet where the couple displays their collection of Royal Doulton figurines. On the other side, the wall accommodates a stainless steel propane range, pull-out drawers and cabinetry.

Designed for westerly views of the lake, the home features enormous casement windows in the dining and living rooms. Patio doors in the kitchen open out to a partially covered rear deck faced with granite tiles and finished with a tempered glass railing.

From the foyer, the staircase curves up to the second floor. Two spacious guest bedrooms are located down the hall from a main bathroom and the master bedroom retreat and ensuite bathroom. A combination sewing and laundry room is conveniently situated across from the retreat.

Doris says she likes having the bedrooms and the laundry room on the second floor. “It’s exactly as I hoped it would be,” Doris says. “It just seems more comfortable and more compact than our other home.”

Jim is particularly partial to the lower-level walkout, which encompasses his workshop, a fruit cellar and a bathroom, as well as an open-concept games room with a sitting area and a small kitchen. A tiled room at the rear of the walkout features a hot tub illuminated by a skylight. Windows on two sides and a set of patio doors overlook a covered patio and the swimming pool.

Because the home is built into a hill, the couple’s three-car garage is positioned at the side. The garages open into a vestibule with the elevator just beyond it.

“The downstairs is perfect,” Jim says. “I have all my boy’s toys downstairs, like the hot tub and the pool table and my workshop. We just come in off of the garages and we come up on the elevator. It’s real simple.”

The house is also energy efficient. The Meldrums heat their home solely with radiant in-floor heating powered by a ground source heat pump used in conjunction with a boiler. The heat pump extracts heat from pipe buried in the ground, which remains constant at 58 degrees Fahrenheit.

Heat conveyed from the pump is then exchanged through a heat exchanger and transferred into the home where it supplies the couple’s laundry, air-conditioning, heating and showering needs. Propane is used as an auxiliary source for heating the home and hot water on cold days during the winter.

“The ground source heat pump is a very, very efficient method of taking the heat from the ground,” Oke says. “It heats air as well as hot water, and also heats the domestic hot water and it’s an efficient air-conditioning system.”

Other energy-efficient features include a heat recovery ventilator that preheats the incoming fresh air with heat from the outgoing air, and also ventilates the home. Low-E argon-filled glass windows were used throughout the home to reduce heat gain in summer and heat loss in winter.

The Meldrums’ outdoor living areas reflect a no-nonsense approach to maintenance. Yard work has been minimized through the creation of a low-maintenance courtyard, finished with paving stone, that surrounds an in-ground swimming pool at the rear of the home. Beyond the fenced pool, the sloping property has been landscaped with natural stone, ornamental grasses and evergreens.

The couple decided to continue that theme, using stone, ivies, cotoneaster and evergreens at the front of the home. A dry riverbed of beach stones draws the eye down a steep slope that curves from the front to the side of the property where the garage is situated.

During the design process, the couple made two trips to a trade show in Florida with Oke to see the newest products and features in home design. Oke also took the Meldrums to see several homes he had built before they contracted him to build their first home.

“It’s important to have a good builder and have confidence in him and the workmanship,” Doris says.

After a 16-month construction period, Jim and Doris moved into their 3,845-square foot home last September. Jim says the home is everything they expected and more.

“To me, it’s real homey. It turned out to be exactly what we wanted.” 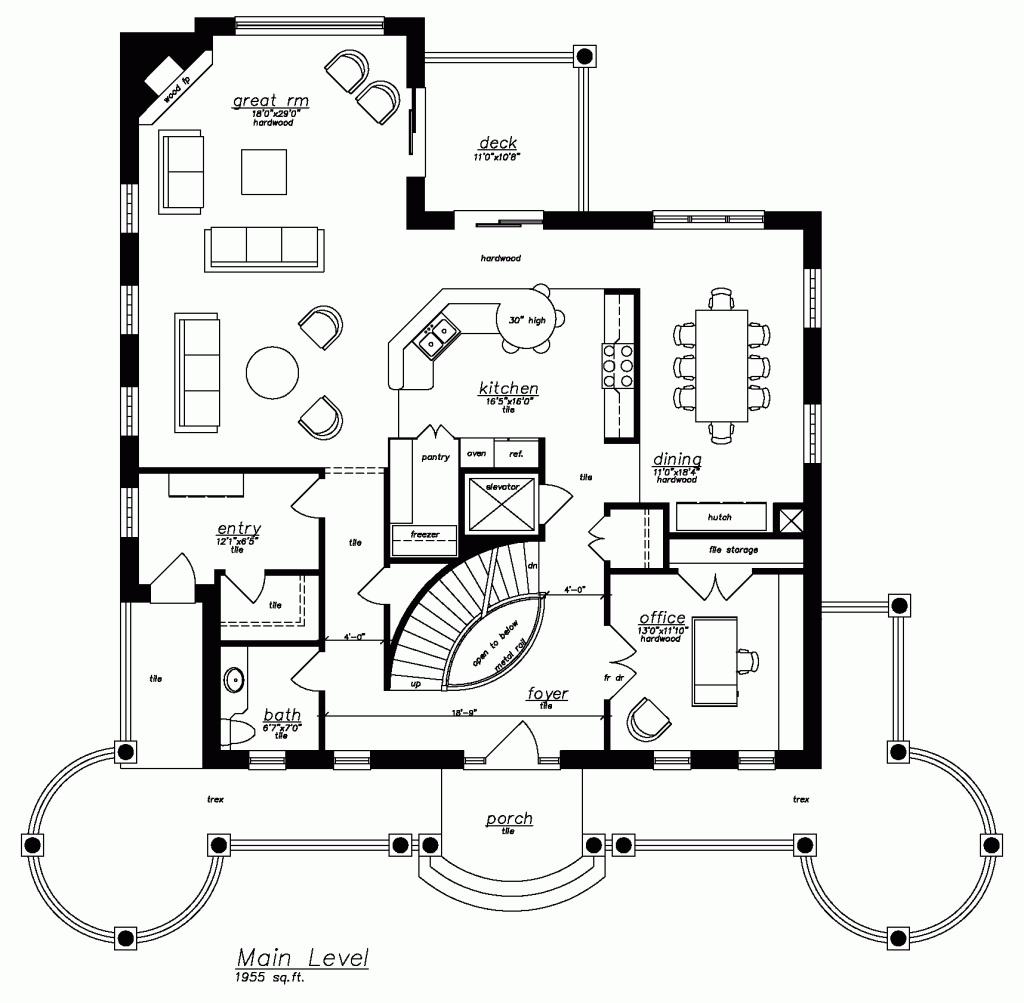 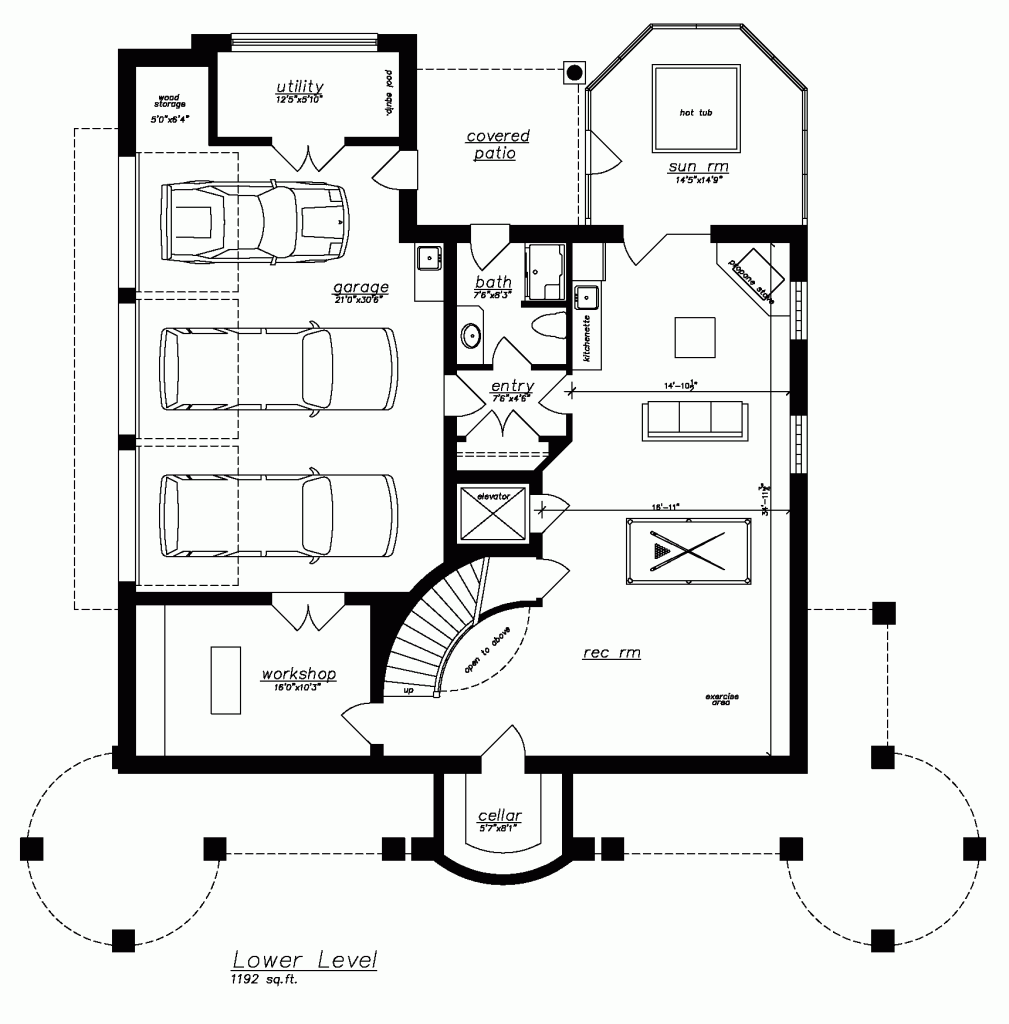 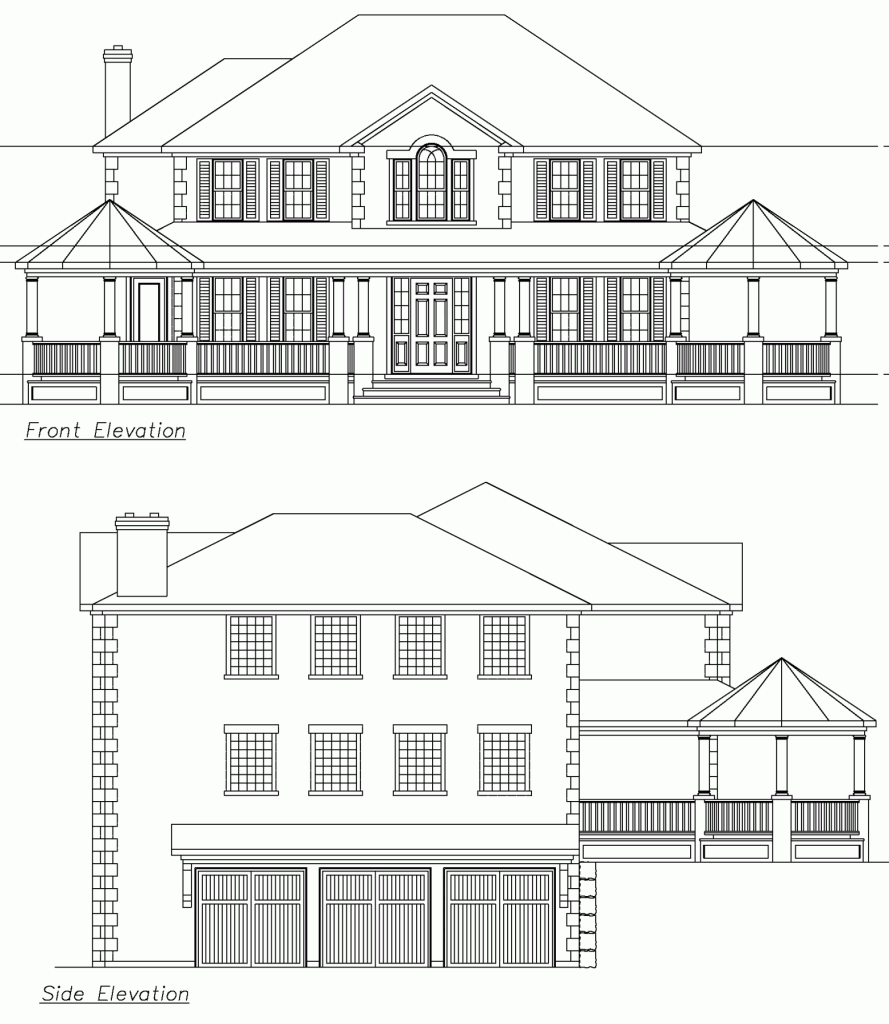 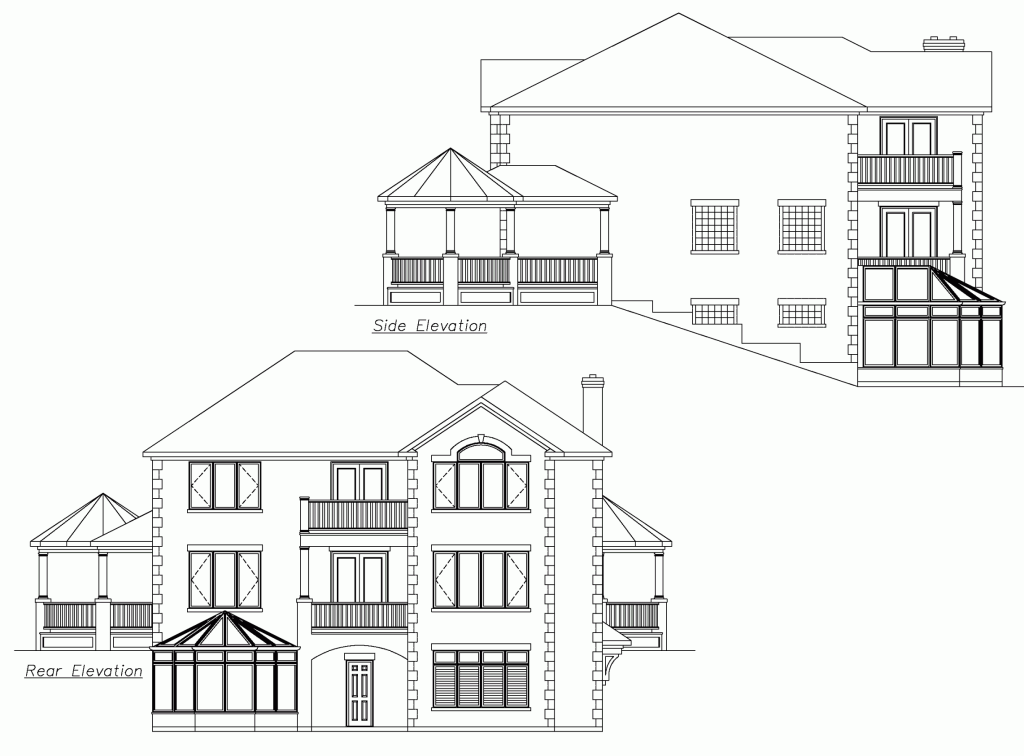