You are here: Home > Our Portfolio > Georgian Bay Reverie

Ruth and Barry Finch spent many summers vacationing in cottages on Georgian Bay while they were growing up. They didn’t fully appreciate the impact of that experience until they began designing their own lakefront home in Grand Bend.

Ruth, in particular, wanted an interior made cosy through the use of texture and natural materials. Her goal was to re-create the outdoor landscape indoors.

“What’s outdoors and natural, I wanted indoors,” she recalls.

After discussing their ideas with the designer, the couple decided on a Craftsman-style home.

“The Craftsman look appeals to me. It’s timeless, a lot of the older cottages have that same look and that was important,” Ruth says.

The Finches lived in Exeter for five years in the late 1980s until Barry’s company transferred them to Victoria. They moved to Stratford in 1998 and began a six-year search for a vacation property.

Originally from Midland, the couple seriously considered buying a cottage in the Georgian Bay area, but was discouraged by the 3-1/2 hour drive. They rented a cottage in Grand Bend while they continued their search.

In 2004, the Finches were able to purchase a lakefront property in Southcott Pines. A previous owner had severed the original large lot, which included a main cottage and a guest cottage. The resulting property was oddly shaped, which made designing a home with views of the lake challenging.

Ruth and Barry were aware of the homes Oke Woodsmith had built and decided to meet with them. “We hit it off right away. They were a company we were both very comfortable with,” Ruth says.

While they wanted to maximize the lake view, they also wanted to give the couple some privacy. The 15-foot setbacks on each side of the home greatly reduced the frontage, which was just 50 feet along the lakefront.

Oke Woodsmith designed a one-floor home, but it became a two-storey plan with an elevator.

“In the long run, it ended up to be the nicest design that we could come up with. It added an element of height to the master bedroom which looked toward the lake,” Oke said. “By going up, we were able to get more lake frontage.”

Because of the restrictions imposed by the lot, the garage was reduced to a two-bay design. The Finches expanded the space by installing an elevator that allows for seasonal storage of one vehicle in the lower level beneath the garage.

Oke Woodsmith demolished the existing cottage at the end of October 2007 and construction began shortly after. The new 2,400-square-foot home was completed in July 2008.

Ruth and Barry decided to use Georgian Bay wet wood flooring throughout the main level and in their master bedroom retreat after learning of it on the Discovery Channel. A company from Midland developed the product, which is made from timbers that have been reclaimed from the bottoms of waterways.

The lumber, which was lost on its way to the lumber mills, was covered with sediment and preserved in frigid water – in some cases, for several hundred years.

The couple’s dining table and fireplace mantel are also made of the wood.

“That really intrigued me. I always wanted to bring something from Georgian Bay to Lake Huron,” Ruth says.

The Finches’ love of natural materials is evident as soon as visitors approach the home. Constructed of grey Owen Sound ledgerock, the exterior incorporates a massive timber frame truss, supported by square columns, that forms an arch high above the front porch.

Inside, the foyer offers a sweeping view of the kitchen, dining area and great room, which are unified by beautiful oak floors made of the Georgian Bay wet wood. The flooring varies in colour from pale gold and rich pecan to charcoal and forms a striking counterpoint to the natural woods and stone finishes throughout the main floor.

Beyond the foyer, hand-hewn timber frame trusses span the width of the great room, their cambered lines repeated in a transom window. A massive fireplace of Owen Sound ledgerock extends to the ceiling, balanced on either side by built-in cherry cabinetry recessed into arched alcoves.

The Finches opted for a glassed lanai off the great room because it reminded Barry of a similar outdoor room in his grandfather’s cottage in Honey Harbour on Georgian Bay.

“They always have ideas so if you’ve got an idea, they know how to make it work for you,” Ruth says.

The kitchen, across from the great room, embodies a cottage ambiance with its combination of painted distressed woods and natural cherry cabinetry. Counters of green granite are paired with a slate backsplash in shades of rust, caramel, green and charcoal.

Two transom windows, set high into a perimeter wall, convey light into the workspace. A similar approach was used in the dining area, which features a wall faced with Owen Sound ledgerock.

The reading room, beyond the dining area, is a favourite of the Finches. Double-hung windows frame views of the lake and pine trees. A wooden deck with tempered glass railings enhances their enjoyment of the outdoors.

“The beach can be filled with people, but unless you go out to the deck, you can sit here and you’re still by yourself,” Barry says.

A hallway off the kitchen leads to a mudroom, an elevator and a two-piece bathroom that is also accessible off the foyer.

Craftsman-style birch stairs, stained to resemble cherry, connect the foyer to the second floor. Stained glass windows along the upper and lower landings form one of the home’s most outstanding features. The panels depict gnarled pines defined against a backdrop of rocky outcroppings and glistening blue water.

In the master bedroom retreat, a long window seat offers an endless view of the water. A concrete deck, accessible from a terrace door, is outfitted for retractable fabric awnings that allow Ruth and Barry the flexibility of having sun or shade in specific areas.

The ensuite bathroom continues the cottage theme with a double vanity of butter cream cabinetry and a grey granite counter. An open shower is sheltered from view by a curved glass block wall that provides privacy from the doorway.

The second floor also includes an exercise area and a guest suite with slanted ceilings and skylights.

From the foyer, the staircase descends to a lower-level entertaining room, which incorporates a bar, a gas fireplace with a stone surround and a stone niche created for a juke box. A vestibule off the games area connects two large bedrooms to a shared ensuite bathroom.

“Each room is a lovely space – it’s not cramped, it’s not tight,” Ruth says.

The home is constructed using Insulated Concrete Forms, which are 100 per cent more energy efficient and 300 per cent quieter than a conventional wood-frame home. Radiant in-floor heating heats the entire house.

The Finches say they have developed close friendships with their neighbours and enjoy Grand Bend’s relaxed lifestyle. They plan to make their vacation retreat their permanent home when they retire.

Adds Barry: “We both love the area, we loved the experience. Our home is everything we’d ever want.” 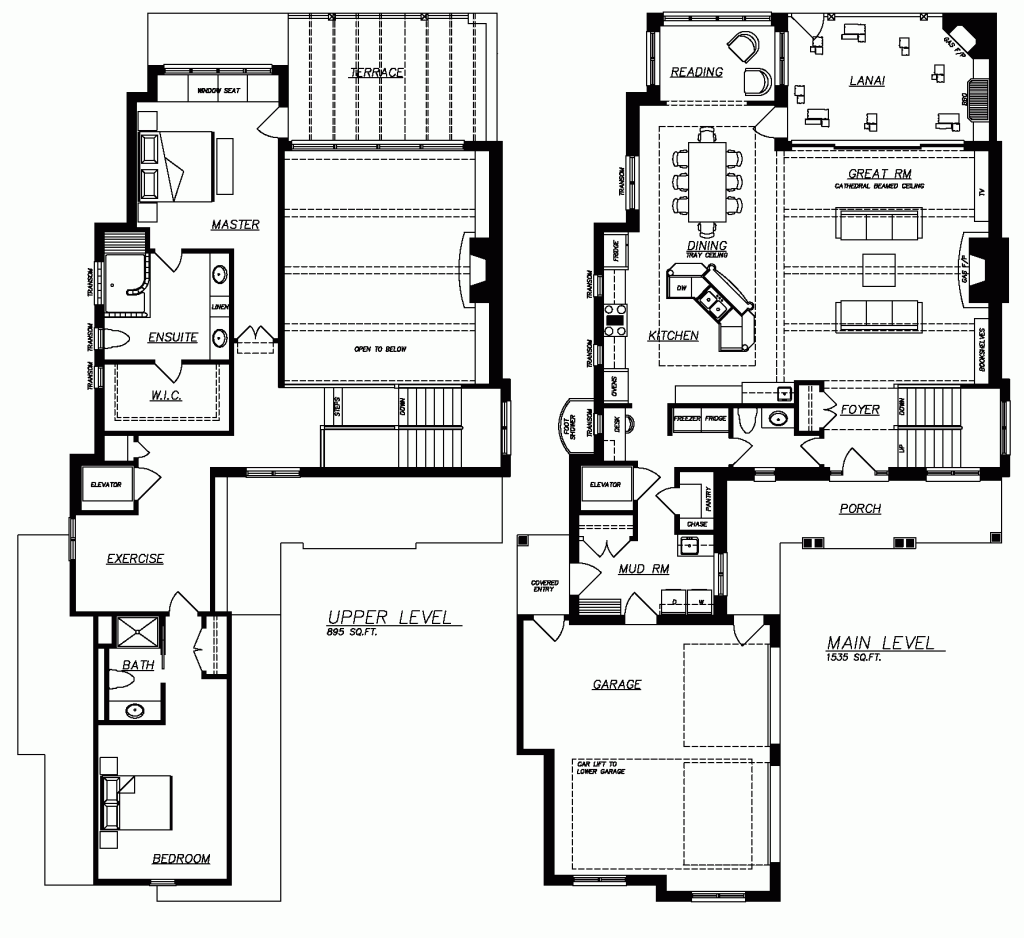 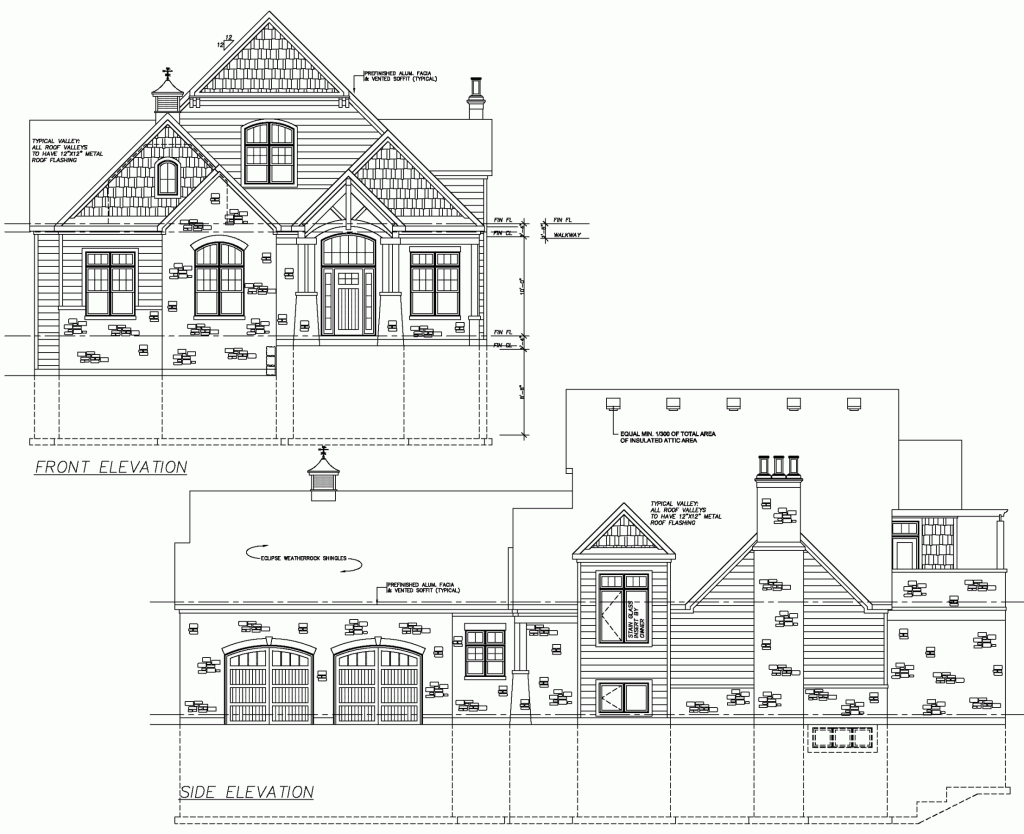